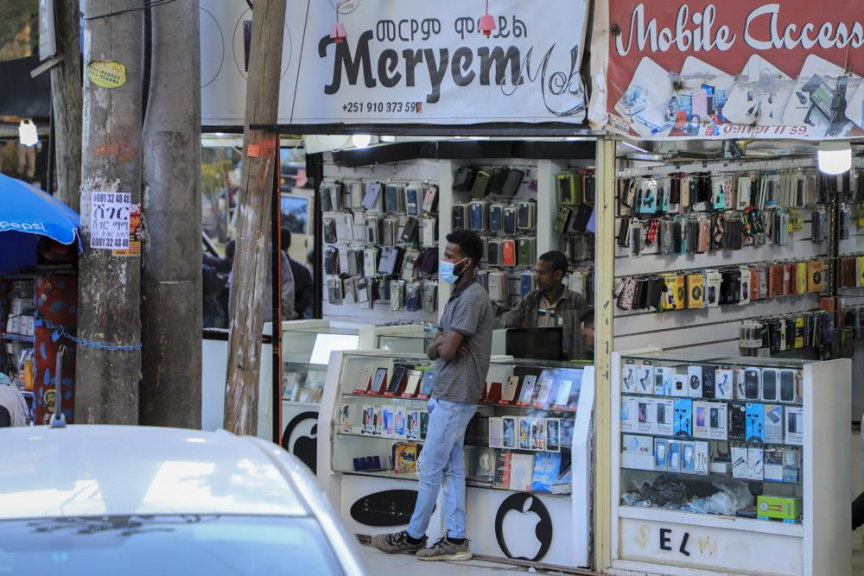 NAIROBI, Kenya (AP) — Ethiopia’s Tigray forces are joining with other armed and opposition groups in an alliance against Prime Minister Abiy Ahmed to seek a political transition after a year of devastating war, organizers say.

The signing in Washington on Friday includes the Tigray forces that have been fighting Ethiopian and allied forces, as well as the Oromo Liberation Army now fighting alongside the Tigray forces and seven other groups from around the country.

The alliance is forming as U.S. special envoy Jeffrey Feltman is in Ethiopia’s capital meeting with senior government officials amid calls for an immediate cease-fire and talks to end the war that has killed thousands of people since November 2020. The U.S. said he met with the deputy prime minister and defense and finance ministers on Thursday.

The new United Front of Ethiopian Federalist Forces seeks to “establish a transitional arrangement in Ethiopia” so the prime minister can go as soon as possible, organizer Yohanees Abraha, who is with the Tigray group, told The Associated Press late Thursday. “The next step will be, of course, to start meeting and communicating with countries, diplomats and international actors in Ethiopia and abroad.”

He said the new alliance is both political and military. It has had no communication with Ethiopia’s government, he added.

A spokesman for the Oromo Liberation Army, Odaa Tarbii, confirmed the new alliance. When asked whether it meant to force Abiy out, he replied that it depended on Ethiopia’s government and events over the coming weeks. “Of course we prefer if there’s a peaceful and orderly transition with Abiy being removed,” he said.

“The goal is to be as inclusive as possible. We know this transition requires all stakeholders,” he added. But as for members of the prime minister’s Prosperity Party, “there would have to be a process. Many members would have to go through investigation, possibly be prosecuted” for crimes related to the war.

The spokeswoman for the prime minister, Billene Seyoum, addressed the new alliance Thursday evening when she tweeted that “any outliers that rejected the democratic processes Ethiopia embarked upon cannot be for democratization,” pointing out Abiy’s opening-up of political space after taking office in 2018. His reforms included welcoming some opposition groups home from exile.

The spokeswoman said she had no further comment Friday, and had no information on whether the prime minister would be meeting with the U.S. special envoy.

The OLA spokesman in reply to her tweet noted that some of the people who returned to Ethiopia were later put in prison or under house arrest. “A lot of goodwill was lost over the last three years,” he said.