Minister Imran: Have the capability to care for special needs children 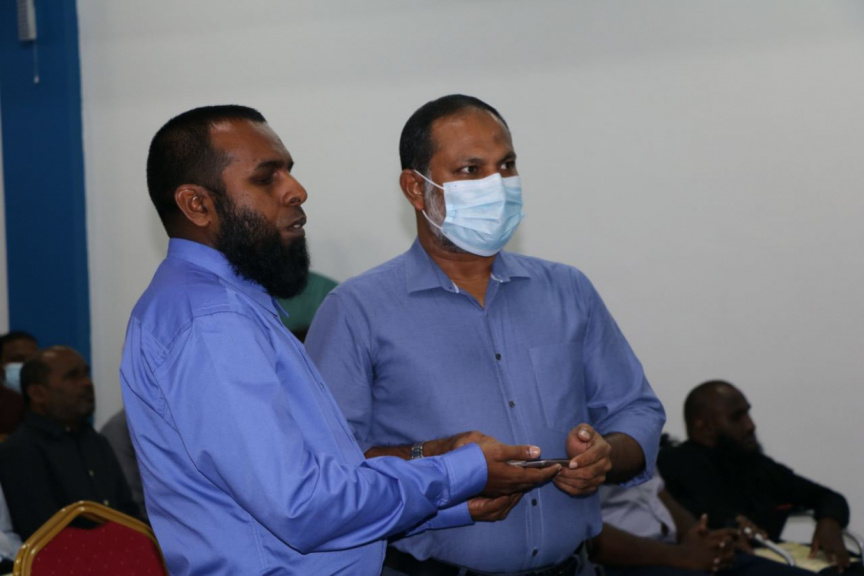 Home Minister Imran Abdulla has stated that whilst the capability to care for special needs children exists – it can only be properly implemented through systematic structuring.

Minister Imran had said this whilst speaking at the closing ceremony of Blind and Visually Impaired Society’s annual camp; a non-governmental organization promoting the rights of the local blind and visually impaired community.

The camp was held by the organization in collaboration with the Youth Ministry.

Speaking as the special guest at the closing ceremony, Minister Imran said that caring for special needs children is an area in which everyone must work on – underscoring that Prophet Muhammad’s life shows many good examples on this note.

He further said that the assistance, care and happiness guaranteed for the most vulnerable groups of people in a society by its more capable members is the most important standard when it comes to gauging societal relations, happiness and healthiness.

Minister Imran described the camp hosted by the organization in collaboration with the Youth Ministry as one which is of importance to the society.

“As I feel, we must move forward with the experience attained from this camp for many more like this. Should probe the needs of other special needs children and inquire what can be done for them by the society, the government and especially organizations – and organize for it based on the findings,” he added.

He also that the Blind and Visually Impaired Society can spearhead such efforts.

Speaking further, Minister Imran said the Maldivian population has the capability to care for all special needs children – stressing that this could be implemented well through systematic structuring.

He added that everyone should work together to ensure that such children received the education and trainings that they need in addition to fostering talents within themselves in order for them to become useful citizens of the society.

During the closing ceremony, Minister Imran also launched the website of the Blind and Visually Impaired Society – in addition to unveiling a CD containing Madhahas (religious songs) by the organization.