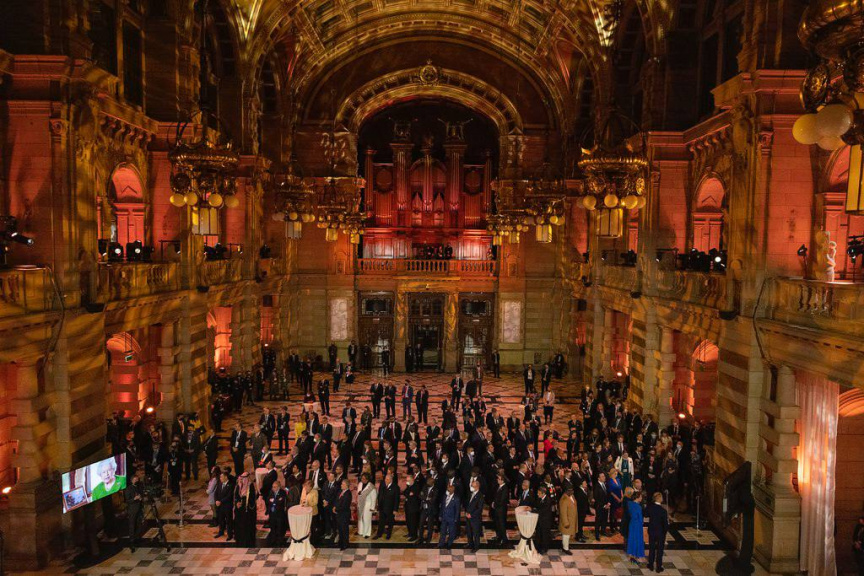 The reception was held at Kelvingrove Art Gallery and Museum.

This special VVIP reception saw the participation of over 120 heads of government and heads of state including President Solih.

COP26 is a major event for the Maldives and an opportunity to address the nation's sustainable development plans on the global stage.

On Sunday night, President Solih delivered the national statement at the World Leaders Summit at COP26 – where he called on world leaders to step up their efforts to make more ambitious climate commitments and to uphold obligations.