Turkey’s Lake Tuz dries up due to climate change, farming 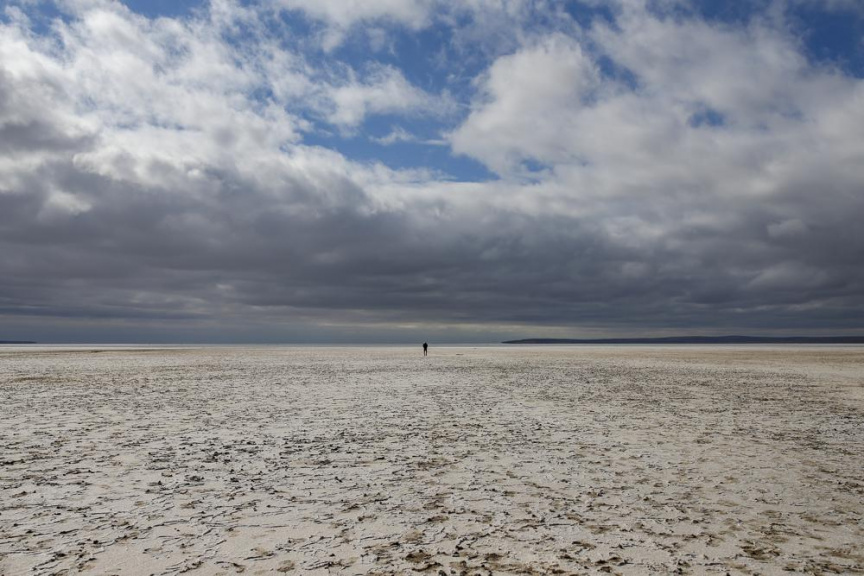 KONYA, Turkey (AP) — For centuries, Lake Tuz in central Turkey has hosted huge colonies of flamingos that migrate and breed there when the weather is warm, feeding on algae in the lake’s shallow waters.

This summer, however, a heart-wrenching scene replaced the usual splendid sunset images of the birds captured by wildlife photographer Fahri Tunc. Carcasses of flamingo hatchlings and adults scattered across the cracked, dried-up lake bed.

The 1,665 square kilometer (643 square mile) lake — Turkey’s second-largest lake and home to several bird species — has entirely receded this year. Experts say Lake Tuz (Salt Lake in Turkish) is a victim of climate change-induced drought, which has hit the region hard, and decades of harmful agricultural policies that exhausted the underground water supply.

“There were about 5,000 young flamingos. They all perished because there was no water,” said Tunc, who also heads the regional branch of the Turkish environmental group Doga Dernegi. “It was an incredibly bad scene. It’s not something I can erase from my life. I hope I do not come across such a scene again.”

Several other lakes across Turkey have similarly dried up or have receded to alarming levels, affected by low precipitation and unsustainable irrigation practices. Climate experts warn that the entire Mediterranean basin, which includes Turkey, is particularly at risk of severe drought and desertification.

”(We have) rising temperatures and decreasing rain, and on the other side, the water needs for irrigation in agriculture,” said Levent Kurnaz, a scientist at Bogazici University’s Center for Climate Change and Policy Studies. “It’s a bad situation all over Turkey at the moment.”

A study based on satellite imagery conducted by Turkey’s Ege University shows that water levels at Lake Tuz started to drop beginning in 2000, according to Turkey’s state-run Anadolu Agency. The lake completely receded this year due to rising temperatures, intensified evaporation and insufficient rain, according to the study.

The study also noted a sharp decline in underground water levels around Lake Tuz, a hypersaline lake that straddles the Turkish provinces of Ankara, Konya and Aksaray.