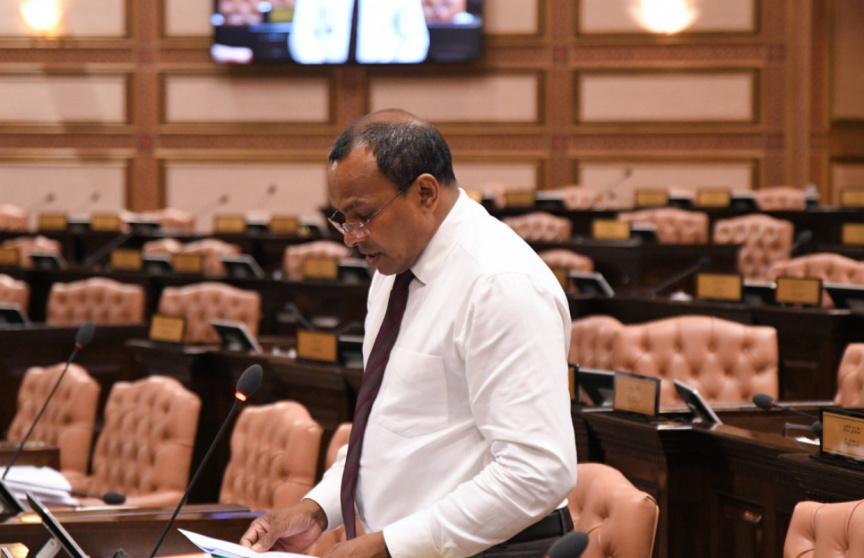 West Maafannu MP Mohamed Falah has submitted a motion to the Parliament calling for a criminal investigation into the Hiyaa Housing Project, citing projections the Maldivian people and government will incur losses due to the project.

The motion was presented at the parliamentary sitting on Tuesday morning.

Falah’s motion states that the top government officials who ran the project employed fraud and deceit to confer undue benefits to parties close to them through abuse of power. He said that a report released by the Auditor General’s Office following a review of the project shows such crimes will result in massive losses to the Maldivian government and the people of Maldives.

Falah also called for action against the top government officials who ran the project.

Falah also said in his motion that the rent for housing units built under the project was set in a manner which opens the government to losses. He said that some parties attempted to create doubt in the minds of the people after the current administration revealed the truth regarding the project, and called for an investigation against such parties.

The motion was accepted into the Parliament with the vote of 32 out of 33 parliamentarians who took part in the vote.

The report by Auditor General’s Office states that the Housing Development Corporation (HDC) would incur massive financial losses if it were to push the monthly rent of Hiyaa units lower than the rate the corporation proposed.

The office estimates that if the monthly rent was set at MVR 6,600 as proposed by the former administration, HDC would incur an MVR 1.1 million loss from each unit, and a net cashflow loss of MVR 9.2 billion.

The current administration has decided on a monthly rent of MVR 8,500 for the units. However, the Auditor General’s Office estimates it will still result in a net cashflow loss of MVR 138 million.

HDC had proposed a monthly rent of MVR 11,000 – a rate it calculated based on the equated monthly installment method.

Over 2,600 Hiyaa units in default of rent