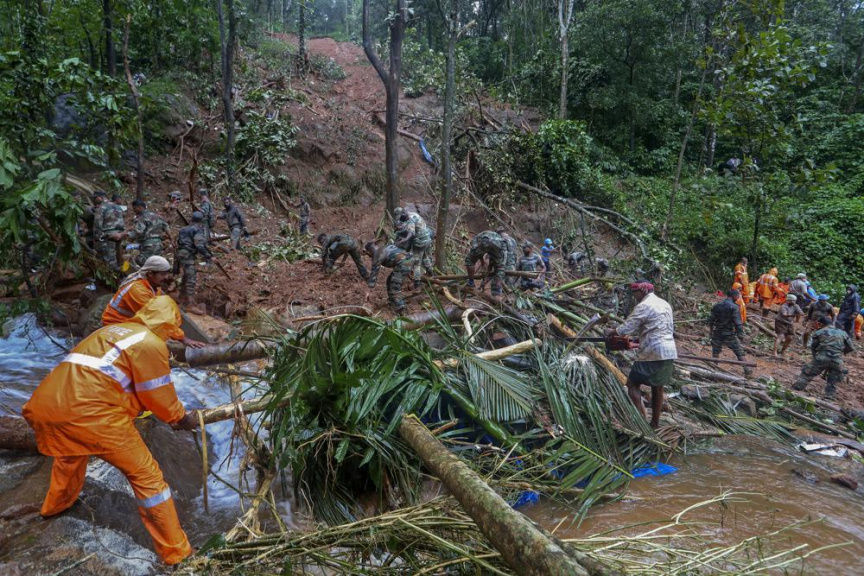 NEW DELHI (AP) — Officials predicted more rain as the death toll from floods and landslides in the southern Indian state of Kerala rose to 28 on Monday.

Since the ferocious downpours began last week, swollen rivers have decimated bridges, and vehicles and homes have been swept away. Several dams were nearing full capacity.

K.J. Ramesh, one of India’s top meteorologists and the former chief of the weather agency, said the increased rainfall was linked to climate change and warmer oceans.

“This is definitely a sign of things to come,” he said.

At least 23 people died in Kottayam and Idukki districts, among the worst hit. More than 9,000 people have taken shelter in over 200 camps across the state, officials said.

The heavy rainfall resulted from a low-pressure area that formed over the southeastern Arabian sea and Kerala. It was expected to ease Monday, but the Meteorological Department warned that new rain-bearing winds would hit the region starting Wednesday, bringing more precipitation.