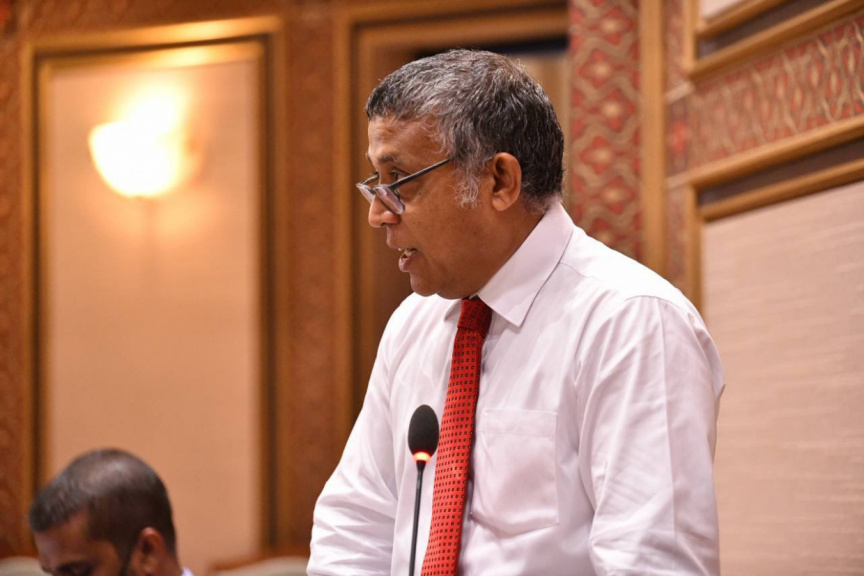 Planning Minister Mohamed Aslam said on Wednesday that he ‘strongly advises’ local councils to award land to residents of Male’ City who wish to relocate.

Aslam, who was summoned to the Parliament to answer questions on Wednesday morning, was asked by Central Henveiru MP Ali Azim whether Planning Ministry has received requests from Male’ residents who wish to rescind the right to their land in Male’ and get land from the atolls.

Aslam responded that the law does not prohibit Maldivian nationals from being issued land from anywhere in Maldives, but that local councils are refusing to issue land to non-residents.

He highlighted on the case of Lh. Maafilaafushi. Aslam said that after Maafilaafushi was taken by the state, the government had requested for the people of Maafilaafushi to be issued land from other islands. He said that the islands in question have not issued them the land to date.

“This isn’t the 80s. A ministry of the state cannot impose on a council of an island, and demand that they issue [land]. Councils make their own decisions. They have certain powers. Councils will need to decide whether they will issue [land] or not,” he said.

Aslam urged councils against denying land to people who wish to relocate.

“It is my advice, it is my strong advice that councils treat this with an open mind and become more receptive to this. If Male’ people want to relocate to an island, give them land,” he said.

Aslam said that Male’ was developed by resettling people from the atolls in the city, and that other islands can also achieve development by awarding the same opportunities.