Senegal and Morocco through to World Cup playoffs 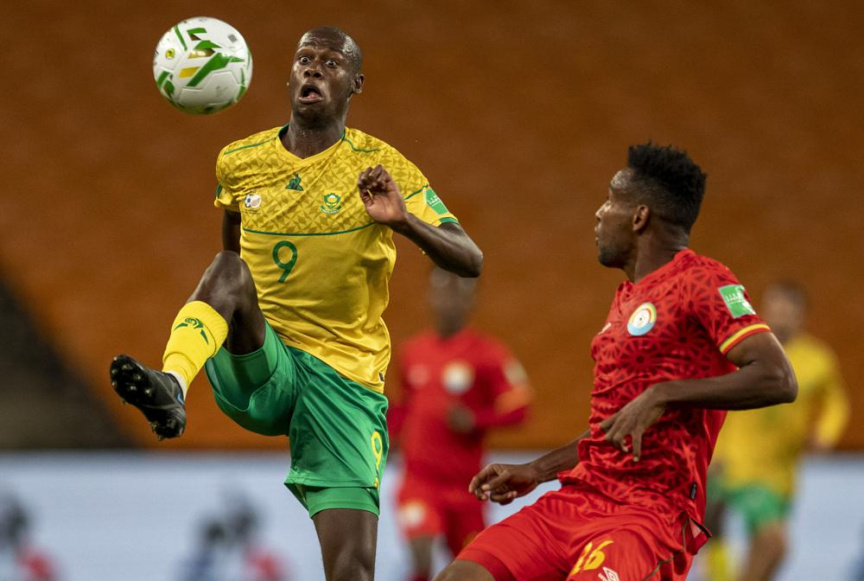 CAPE TOWN, South Africa (AP) — Senegal was the first team to advance to the final World Cup playoffs in Africa after Famara Diedhiou’s hat trick secured a 3-1 win over Namibia on Tuesday.

Morocco followed about six hours later by beating Guinea 4-1 in what was a third game in seven days for both. Ayoub el-Kaabi netted the opener for Morocco for his fourth goal in three games.

Sadio Mane provided the crosses for Diedhiou’s first and third goals at Orlando Stadium in South Africa and Senegal’s fourth win from four games ensured top spot in Group H with two games still to play. It earned Senegal a place in the decisive playoffs in March, which will decide Africa’s five teams at the World Cup in Qatar at the end of next year.

A short distance away in Johannesburg, South Africa beat Ethiopia 1-0 to give returning fans some cheer and keep Bafana Bafana ahead of Ghana in the race to progress from Group G. Only the 10 group winners will make the playoffs.

South Africa allowed 2,000 supporters to attend the game at FNB Stadium — though that looked like barely a handful in the 94,000-seater. It was the first time spectators have been allowed at any major sports event in the country since the start of the pandemic. South Africa won thanks to Getane Kebedeh’s early own goal, as he sliced an attempted clearance into his own net.

Ghana is just a point behind South Africa after a second win over Zimbabwe in the space of four days. Thomas Partey’s 31st-minute free kick flew through the hands of goalkeeper Talbert Shumba, who then did use his hands to cover his face. Ghana won 1-0.

That gave new coach Milovan Rajevac a second straight win to start his second spell in charge of Ghana. Rajevac was coach when Ghana made the quarterfinals of the 2010 World Cup, the last African team to go that far.

The group is now between South Africa and Ghana — with Ethiopia and Zimbabwe out of contention — and they’ll meet in the final round of games next month.

Morocco matched Senegal by going through with two games to spare in Group I. The Moroccans and Guineans had to play one extra game this international window to make up for their fixture that was postponed last month because of the coup in Guinea. El-Kaabi showed no signs of fatigue to keep his hot streak in front of goal going.

Also on track for the playoffs, although not quite there, is African champion Algeria, which beat Niger 4-0 on Tuesday having defeated the same team 6-1 last week.

Algeria got an early wake-up call when Niger hit the post in the 10th minute. Riyad Mahrez put Algeria ahead by sweeping in a cross from Baghdad Bounedjah 10 minutes later and Mahrez returned the favor to set up Bounedjah for the fourth. In between, Aissa Mandi and Ismael Bennacer were also on target and Algeria put the game to bed with four goals in the space of 34 minutes — two before halftime and two straight after.

Algeria has scored 19 goals in its four games but is level at the top of Group A with Burkina Faso. The teams each have three wins and drew 1-1 when they met last month, and will play what’s likely to be the group decider in Algeria next month.

If Algeria fails to go through it will be a major surprise.

Tunisia, Nigeria, Ivory Coast, Mali and Egypt all top their groups and are on course to progress. Tanzania, which has never been to the World Cup, narrowly leads Group J on goals scored ahead of Benin, which also has never been to soccer’s showpiece.