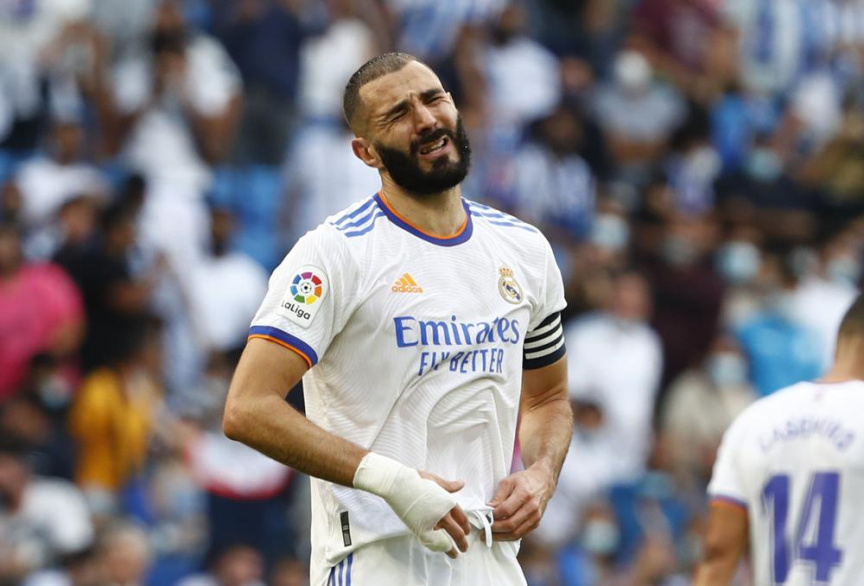 MADRID (AP) — After its third stumble in a week, there’s suddenly cause for concern at Real Madrid.

Madrid lost 2-1 at Espanyol on Sunday to see its 25-game unbeaten streak in the Spanish league come to an end. The defeat extended its winless run to three matches in all competitions after what had been a near-perfect start to the season.

Carlo Ancelotti’s team was coming off a shock home loss to Moldovan club Sheriff in the Champions League and a scoreless home draw against Villarreal in the Spanish league.

“We played poorly,” Ancelotti said. “There’s not much else to say. It was our worst match. We have to take a step back during the international break and think about why the team has changed its attitude this week.”

Madrid had started the season with six victories in its first seven matches overall before being held by Villarreal and losing to Sheriff. It had thrived offensively, entering the weekend with the league’s best attack with 21 goals in seven matches.

“It was a bad week,” Madrid defender Nacho Fernández said. “We have to keep working and make some adjustments, especially on defense. We have a squad that can perform much better than it did in the last three matches.”

Madrid hadn’t lost a league match since a 2-1 home defeat against Levante last season. It was unbeaten in 18 straight away games in the competition, one short of its all-time record.

Ancelotti’s squad has been marred by injuries recently and on Sunday the coach couldn’t count on Gareth Bale, Marcelo, Dani Carvajal and Ferland Mendy.

Madrid still tops the league thanks to a better goal difference than defending champion Atlético Madrid and Real Sociedad. Atlético beat Barcelona 2-0 at home on Saturday, while Sociedad was held 1-1 at last-placed Getafe on Sunday. The three top teams have 17 points from eight matches. Sevilla later Sunday missed a chance to join them after losing 1-0 at Granada.

It was the second consecutive win for promoted Espanyol, which is 13th in the standings. It had won only once in its return to the first division, and only once against Madrid in the last 14 years.

De Tomás opened the scoring for the hosts from close range in the 17th minute and Aleix Vidal added to the lead in the 60th from inside the area after a nice run past the Madrid defense.

Karim Benzema had a goal disallowed in the 67th for offside but found the net again in a breakaway in the 71st after clearing two defenders and sending a low shot into the corner for his league-leading ninth goal.

Eden Hazard had an 84th-minute goal disallowed because Benzema was offside.

Real Sociedad missed its chance to take sole possession of the lead with a draw at struggling Getafe, which secured its first point this season.

Sandro Ramírez put the hosts ahead in the first half and Mikel Oyarzabal equalized for Sociedad in the 68th.

It was the first time in the Spanish league that two women officials were in the refereeing crew for a match.

Rubén Rochina scored what turned out to be the winning goal in the first half as Granada beat Sevilla for its first victory of the season.

The team coached by former Spain coach Robert Moreno had lost two in a row.

It was Sevilla’s first league defeat of the season.

Levante fired coach Paco López on Sunday. He had been at the helm since 2018.

Levante has yet to win a league game this season.

It lost 1-0 at Mallorca on Saturday.

Darío Benedetto scored early in the second half as Elche beat Celta Vigo 1-0 to end a three-match winless streak.

Celta, which had won two in a row, had an 89th-minute goal by Iago Aspas disallowed because of a handball.

Arnaut Danjuma scored a goal in each half as Villarreal defeated Real Betis 2-0 at home to remain the only unbeaten team.