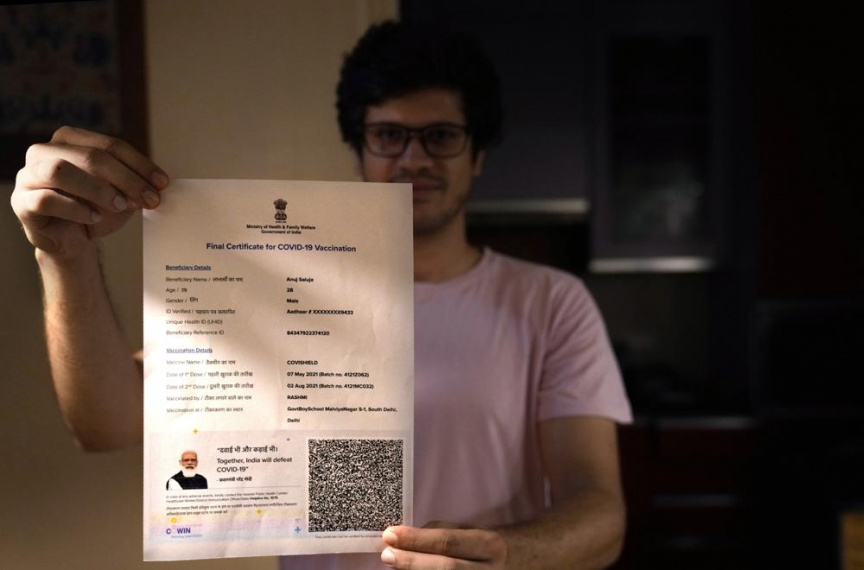 NEW DELHI (AP) — India said Friday that British nationals arriving in the country will be subjected to COVID-19 tests and a 10-day mandatory quarantine, in response to the same measures imposed on Indians visiting the U.K.

India has been demanding that Britain revoke what it called a “discriminatory” advisory that includes Indians even if they are fully vaccinated with the Indian-made AstraZeneca shots.

A foreign ministry official said that starting on Monday, all British arrivals, irrespective of their vaccination status, will have to undertake RT-PRC test within 72 hours before travel, another test on arrival in India and the third one eight days later.

They will also have to quarantine at home or at their destination address for 10 days, said the official, who spoke on condition of anonymity as he was not authorized to talk to reporters.

The trouble started when Britain’s government announced what it billed as a simplification of its travel rules including allowing fully vaccinated travelers arriving in England from much of the world to skip quarantine and take fewer tests.

But the fine print on who was considered fully vaccinated proved complicated. In order to skip self-isolation, travelers must have received a vaccine under the American, British or European programs or have received a U.K.-authorized shot from an approved health body. Bodies in more than a dozen countries in Asia, the Caribbean and the Middle East made it to the list, However, India’s program was not included, nor were any programs in Africa.

Countries that received hundreds of thousands of doses of the AstraZeneca vaccine from the U.K. itself were left wondering why their vaccination programs weren’t good enough in the eyes of the British government. That’s leading to concerns that the rules could exacerbate already worrying vaccine hesitancy in Africa as some question whether the doses available there don’t measure up.

The vast majority of Indians have been vaccinated with the Indian-made AstraZeneca shots.

The Oxford-AstraZeneca vaccine has been produced by Serum Institute of India. Others have received COVAXIN, a vaccine produced by an Indian company that is not used in Britain.

India, the world’s largest vaccine producer, said earlier this week that it will resume exports and donations of surplus coronavirus vaccines in October after a monthslong freeze because of the massive surge in domestic infections.