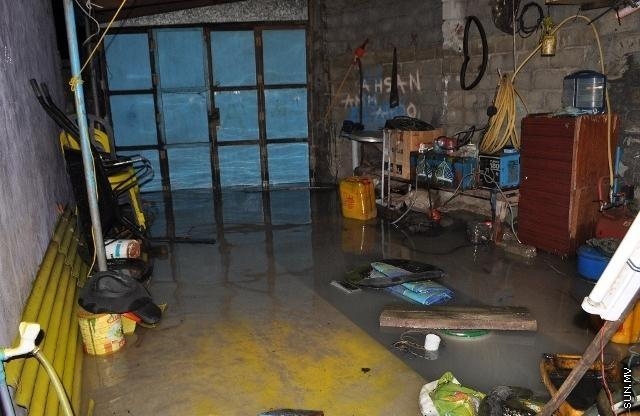 Disaster Management Centre has said that nine islands flooded due to heavy rains, now face the threat of spread of an epidemic disease.

The Centre said that it is crucial that the islands are provided chlorine as soon as possible. The Centre, however, does not have sufficient amounts to distribute to all nine islands, and thus has urged volunteers to provide chlorine as aid.

Response Officer of Disaster Management Centre Mohamed Didi told Sun Online today that the floods have caused damage in 24 islands, out of which nine islands’ sewage systems have been affected.

“The flood water in those islands is contaminated. So it is crucial that we provide them chlorine immediately, but we don’t have enough. We request the assistance of businessmen and volunteers in this matter,” he said.

Currently, efforts are underway to chlorinate Ha. Hoarafushi, using chlorine from the island Health Centre and some sent from Male’.

“Health Centres normally don’t have too much chlorine. We need large amounts now. Nine islands are in need, and we are able to help only one so far,” Didi said.

The Centre for Community Health and Disease Control Unit (CCHDC), operated under Health Unit, has also warned of the risk of the spread of an epidemic.

Didi informed that food, mattresses and medicine were dispatched on a vessel of State Trading Organisation (STO) to Hoarafushi yesterday, the island hit worst by the rains. He said that enough food was shipped to last for 15 days.

The President travelled to Hoarafushi and met with the people yesterday. Upon his return to Male’, he told media that MVR10 million will be assigned as aid to flood victims.

Two special envoys of the President are also visiting the flood-hit islands.

The indirect effects of Cyclone Nilam, formed over India’s Bay of Bengal, have left serious devastation in the Maldives, including destroyed crops in some islands.