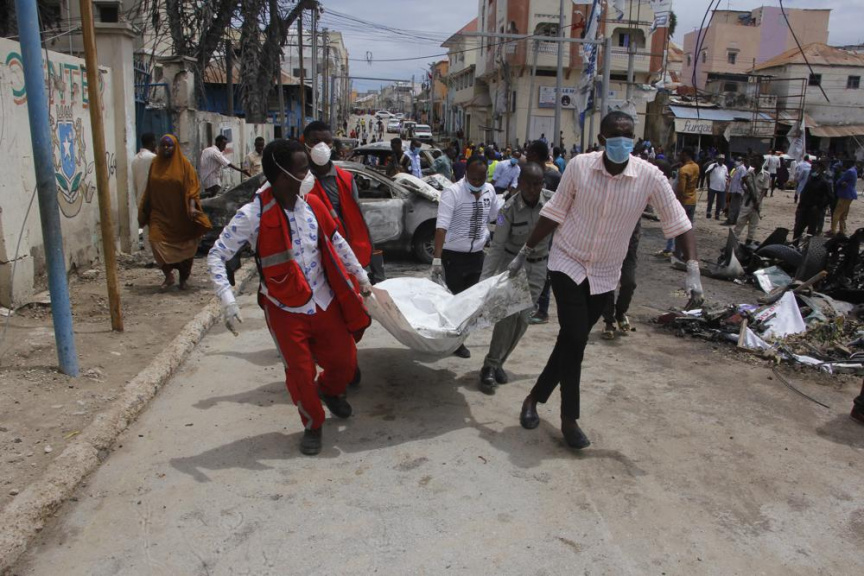 MOGADISHU, Somalia (AP) — A vehicle laden with explosives rammed into cars and trucks at a checkpoint leading to the entrance of the Presidential Palace in Somalia, killing at least eight people, police said Saturday.

The checkpoint is the one used by Somalia’s president and prime minister on their way to and from the airport in Somalia’s capital, Mogadishu.

The al-Qaida-linked al-Shabab extremist group has claimed responsibility. The group often carries out such attacks in the capital.