5.9 earthquake causes some damage in Australia, no injuries 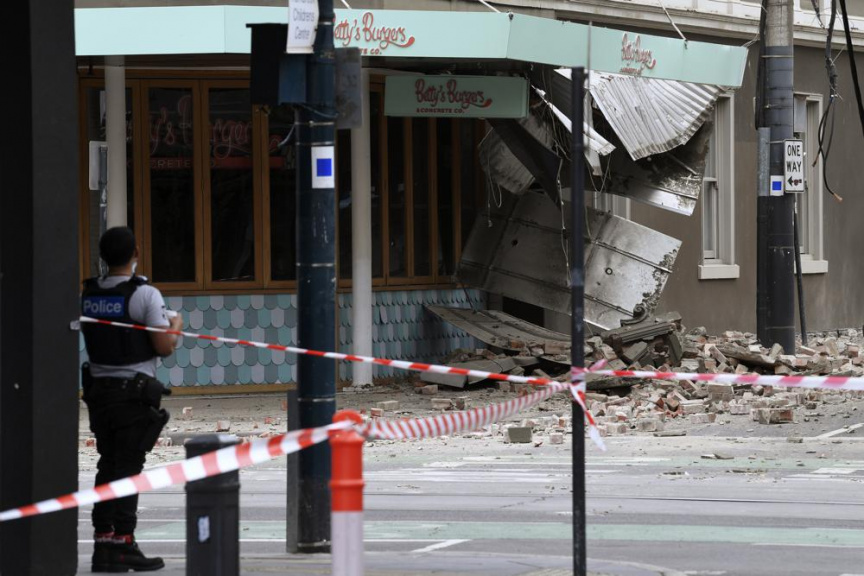 A police officer closes an intersection where debris is scattered in the road after an earthquake damaged a building in Melbourne, Wednesday, Sept. 22, 2021. (James Ross/AAP Image via AP)

MELBOURNE, Australia (AP) — A magnitude 5.9 earthquake caused some damage in suburban Melbourne on Wednesday in an unusually powerful temblor for Australia.

The quake hit about 130 kilometers (80 miles) northeast of Australia’s second-most populous city near the town of Mansfield at a depth of 10 kilometers (6 miles), Geoscience Australia said.

Prime Minister Scott Morrison said there were no reports of serious injury.

The earthquake was the largest to rattle Australia since a magnitude 6.6 earthquake struck 210 kilometers (130 miles) off the northwest coastal town of Broome in 2019.