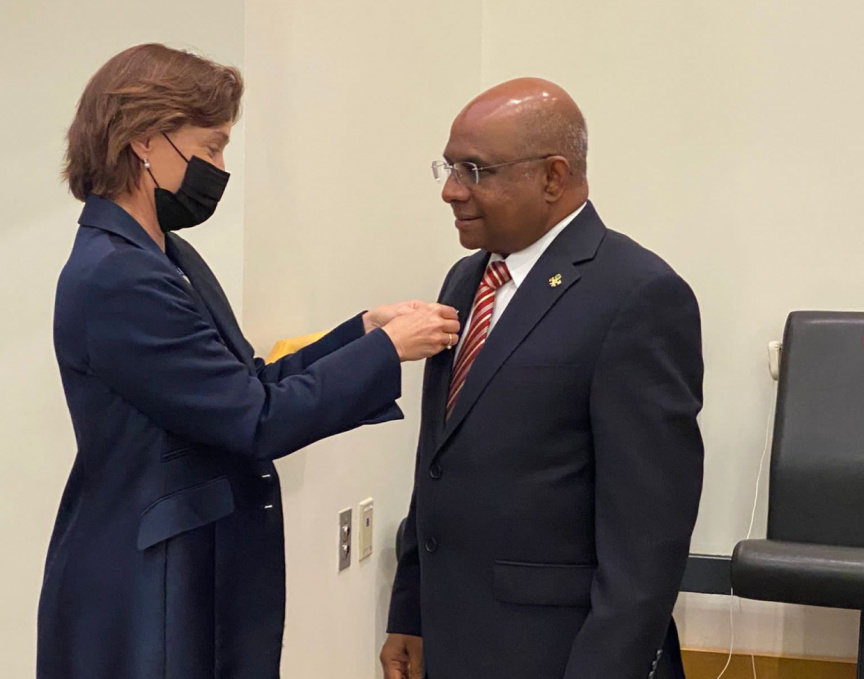 Abdulla Shahid, the President-elect of the 76th United Nations General Assembly and Maldivian Foreign Minister, has been named an International Gender Champion in recognition of his efforts to establish gender equality.

The International Gender Champions (IGC) is a leadership network that brings together female and male decision-makers committed to breaking down gender barriers and making gender equality a working reality in their spheres of influence.

The network has over 250 active 'champions’ who are the heads of international organizations, permanent missions, and civil society organizations.

Shahid was named an International Gender Champion during a meeting with female permanent representatives at the UN headquarters in New York last Friday.

At the meeting, the permanent representatives noted Shahid’s plans to establish gender equality including ensuring gender parity at the Office of the President of the UNGA, and promising not to sit in single sex panels.

They also commended Shahid for deciding to take measures to prevent sexual harassment of employees of the Office of the President of the UNGA and undergo gender quality training.

Shahid stressed that the inclusion of voices of women and girls is critical for discussions on sustainable development, human rights, and peace and security.

Half of the Maldivian diplomatic missions – run under Shahid’s leadership – are composed of female foreign service officers.

Shahid is set to officially assume office as President of the UNGA on Tuesday.