President: Still room for improvement in opportunities for women 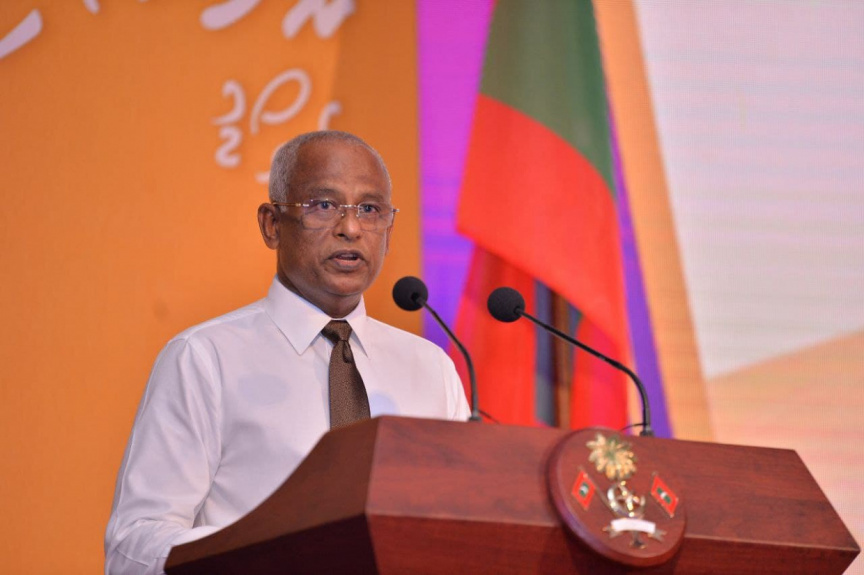 President Ibrahim Mohamed Solih has stated that there is still room for improvement in reference to the participation of women in national development and representation in all sectors – acknowledging that there are still barriers and difficulties hindering women from enjoying the same opportunities and benefits.

Speaking at the ceremony held to confer the Rehendhi Awards – President Solih stated that the role of women in decision-making is still lacking.

“The result of this is women lacking sufficient opportunities to participate in important matters pertaining to national development. This emptiness is evident in politics as well as the social sectors,” he had said.

President Solih then added that it is this administration’s goal to empower women in the political arena – pointing his government’s amendments to the Decentralization Act, which mandated one-third of each council to be female councilors and the establishment of a Women's Development Committee with 5 members elected from each island – to be in line with this.

“These important amendments have increased women’s participation in political decisions,” he noted.

He also noted that equal rights and opportunities have already been achieved in many ways – such as when it comes to employment.

Rehendhi Awards are conferred yearly to celebrate the efforts and accomplishments of women in the Maldives – as well as to empower women.

'Minimum wage to be declared in January'