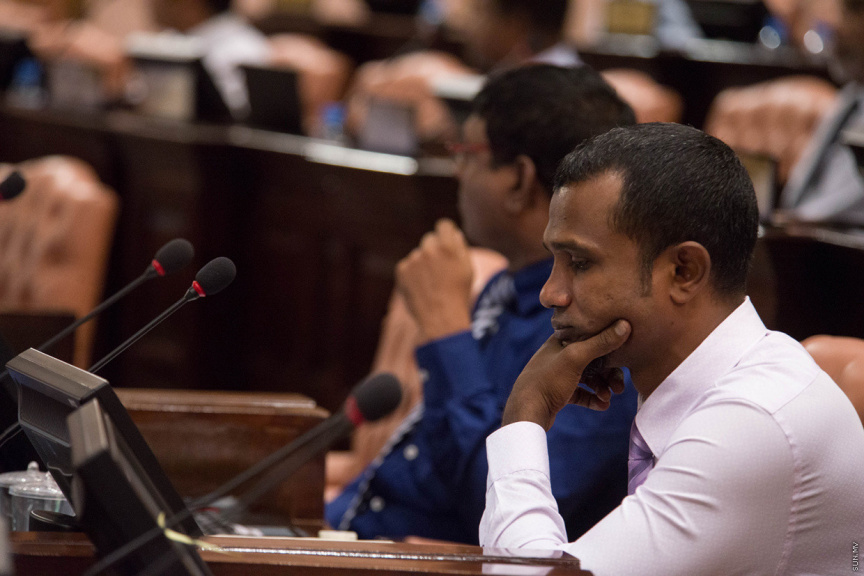 PPM member, Mahibadhoo MP Ahmed Thoriq (Tom) has once again submitted a bill to the Parliament which proposes to amend the existing laws to disallow political figures to be a part of the Judicial Service Commission (JSC).

In the bill submitted today, Tom stressed that the appointment of members to the JSC as per the existing laws – has allowed the government to deeply influence cases reviewed by the JSC, as well as their decisions.

In this regard, Tom noted that a large number of the members of the public suspect that when cases filed at courts by the government ends up concluded against them – the judges who pass down such sentences are subjected to intimidation by the submission of cases against them with the JSC regarding their conduct. It was also noted that the public alleged that some of JSC’s decisions are written down by the political figures that are part of the Commission.

Noting that the law should guarantee that the three powers of the state are allowed to function independently, and separately – the bill points as per the existing laws the current appointees to JSC from the executive and legislative branches are political figures.

Hence, Tom stressed in the bill that the matters investigated and decided by the JSC with involvement of political figures will ultimately be politically influenced, adversely.

Tom also noted that the way JSC is formulated at present – makes it out to be an instrument to defend the government and narrows the road built for judges to act and decide on matters independently.