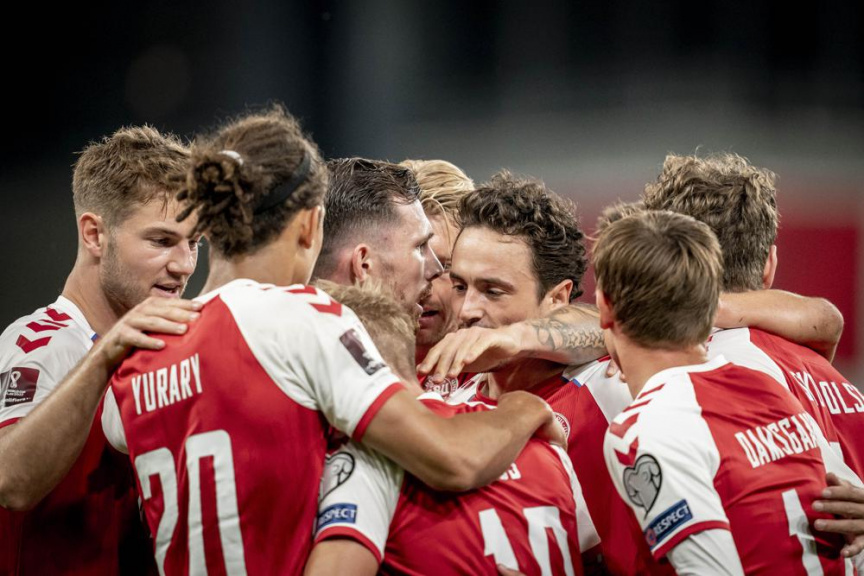 Daniel Wass scored in the 14th minute and Joakim Maehle doubled the lead just over 90 seconds later as the Danes earned their fourth win in as many games.

Another strong defensive performance ensured Denmark has yet to concede a goal while scoring 16 of its own. Italy and Sweden also haven’t allowed a goal.

Denmark leads Group F by five points from second-place Israel and already looks assured of securing a place at the World Cup in Qatar next year.

Eran Zahavi scored a hat trick as Israel won 4-0 away against the Faroe Islands as it bids to reach its first World Cup since 1970. The Israeli team is level on seven points with Austria, which scored stoppage-time goals in each half as it beat Moldova 2-0.