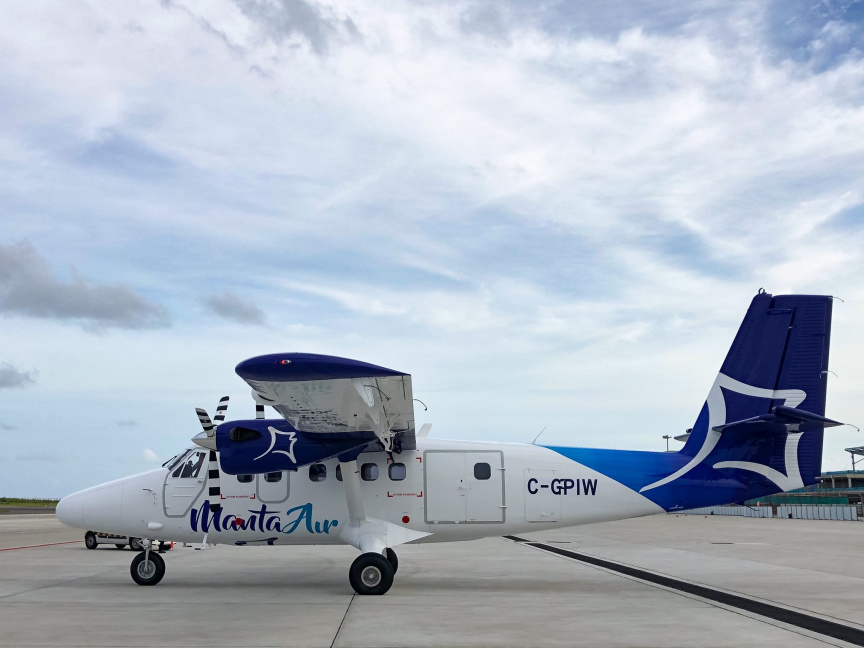 Domestically operated airline, Manta Air, has welcomed a new seaplane to its fleet.

The airline announced that the brand new addition to its fleet, MSN:552, flew in yesterday. This totals the number of seaplanes operated by the airline to eight.

However, it was noted that the new seaplane will be put in operation after the removal of wheels and the installation of floats.

Manta Air had its first seaplane fly into the Maldives in October 2019 - and began its seaplane operations in November 2019.

The airline commenced its operations initially in February 2019 - as an operator of just land-based aircrafts. They currently operate three aircrafts, in this regard.