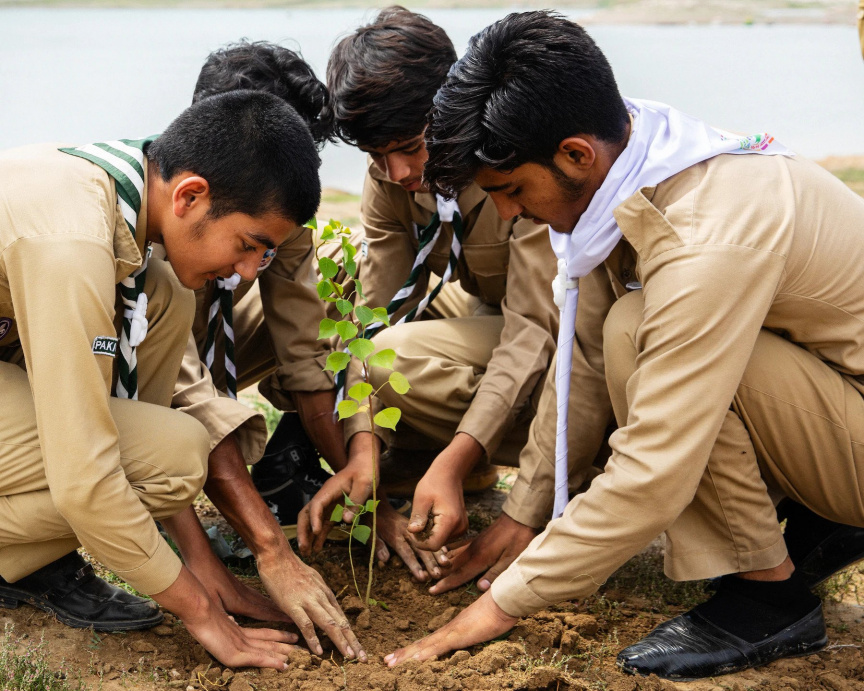 Pakistan, a country particularly vulnerable to the adverse impacts of climate change, is in the midst of a program to plant ten billion trees by 2023.

It’s all part of an effort that started in 2015, when Imran Khan — then provincial ruler of Khyber-Pakhtunkhwa province and now Pakistan’s prime minister — backed a program dubbed a ‘Billion Tree Tsunami.' The initiative reached its provincewide target in 2018 and was so successful that federal officials expanded the drive nationally in 2019 with a new goal of ten billion trees — or, the ‘Ten Billion Tree Tsunami.

The program – backed by the United Nations Environment Program (UNEP) - addresses Pakistan’s history of deforestation as the country confronts the realities of climate change in the form of droughts, melting Himalayan glaciers and intensifying monsoon rains – increasing food and water insecurity.

According to the United Nations, Pakistan is among the six countries that face the biggest impact from climate change. Its forest cover is now among the lowest in the world – about 5 percent of the land, compared with a global average of 31 percent according to UN’s Food and Agriculture Organization.

“Large scale restoration initiatives such as the Ten Billion Tree Tsunami Project are central to Pakistan’s efforts to support the UN Decade and to increase ecosystem restoration,” said Dechen Tsering, UNEP’s Regional Director for Asia and the Pacific, “We are at a point in history where we need to act and Pakistan is leading on this important effort.”

Malik Amin Aslam, Pakistan’s federal minister for climate change, pointed out in an interview to The Washington Post that planting trees is the cheapest, most effective and quickest way to fight climate change.

Aslam said that direct planting accounts for about 40 percent of the program’s new trees.

Hundreds of thousands of people across Pakistan are working to nurture and plant 21 species, from the chir pine to the deodar — the national tree.

The other 60 percent come from assisted regeneration, in which community members are paid to protect existing forests so that trees can propagate and thrive.

Whether planted or protected, trees capture and hold carbon dioxide — a greenhouse gas that contributes to climate change.

The program is also engaging the next generation in the country’s battle against climate change.

“Young people get very excited when they hear about this,” said Aslam. “It’s their future that we’re investing in.”

Pakistan sentences 6 to death in killing of Sri Lankan

Crush at Kabul airport kills 7 as Afghans try to flee