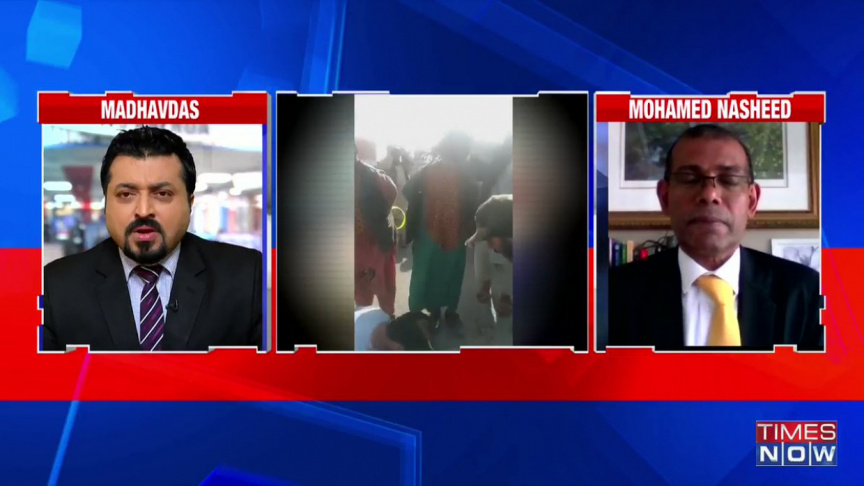 Parliament Speaker, former Maldivian President Mohamed Nasheed has expressed concern over the situation in Afghanistan, calling Taliban’s control in the country a threat to the entire South Asian region.

In an interview to India’s Times Now last Tuesday, Nasheed said the change in Afghanistan will be welcomed by extremist communities throughout South Asia.

“Extremist communities throughout South Asia will welcome this change in Afghanistan. The Taliban taking over and therefore for the extremists to have a safe haven for them to plan, for them to train, and for them to attack communities within South Asia,” he said.

“The Maldives, India, Sri Lanka, Bangladesh, Pakistan, wherever they want to attack, they will now have a free hand to do this. It’s very worrying,” he said.

Nasheed also said he believes the time has come for India to take a more active role in Afghanistan.

“And I believe that this is the time for India to be far more active in Afghanistan. They don’t have to have boots on the ground. That’s not always the only way of dealing with matters. But of coz, when necessary, it has to be done,” he said.

Maldivian government has stated it is keeping a close eye on the situation in Maldives. Meanwhile Deputy Speaker Eva Abdulla has proposed to the Parliament’s Security Services Committee to conduct a threat assessment in response to the situation in Afghanistan, and to identify ways Maldives can provide humanitarian aid to the people of Afghanistan, especially women and children.