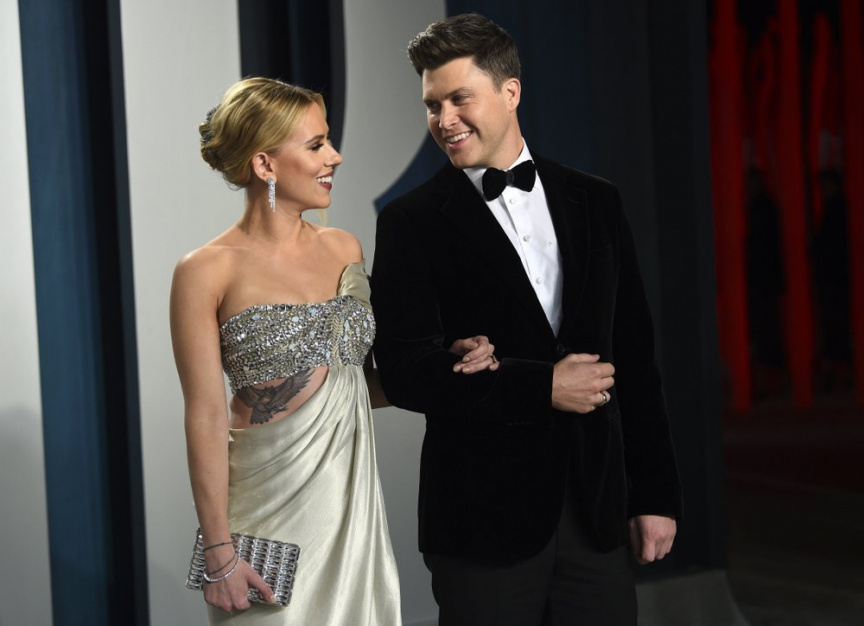 Scarlett Johansson is a mom to two now. The “Black Widow” star recently gave birth to a son, Cosmo, with husband Colin Jost, the “Saturday Night Live” star wrote on Instagram Wednesday. This is the first child for the couple, who were married last October.

People magazine first reported the birth of the baby, which came as a shock to many since news of the pregnancy came out only days earlier after Jost reportedly mentioned it in a stand-up set in Connecticut. No other details were provided.

It’s the first child for Jost, 39, who is known for hosting “Weekend Update” on “Saturday Night Live.” Johansson, 36, also has a 6-year-old daughter, Rose, from a previous marriage to Romain Dauriac.

Jost wrote on his Instagram page that privacy would be greatly appreciated and directed “all inquires” to “our publicist @chethinks,” tagging his “Weekend Update” co-host, Michael Che.