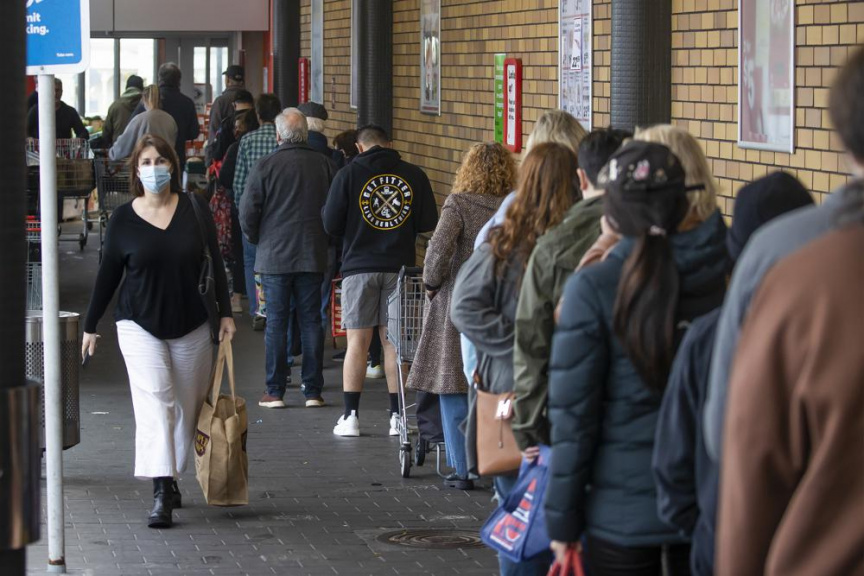 The previous record in New South Wales, which includes Sydney, was 466 on Saturday. Three people died on Tuesday, bringing the death toll from the outbreak first detected in Sydney in mid-June to 60.

Infections were also reported in towns in the west, north and central regions of the state in recent days, Deputy Premier John Barilaro said. “The delta strain is really putting regional New South Wales on that knife edge,” Barilaro said.

Sydney has been in lockdown since June 26 and the entire state has been locked down since Saturday.

Premier Gladys Berejiklian has rejected criticism that Sydney’s lockdown restrictions needed to be tougher, describing the lockdown as “extremely harsh and extremely strict” and based on expert health advice.

The national capital Canberra, which is surrounded by New South Wales, reported 22 new infections from the cluster that originated in Sydney. There have been 67 infections detected since the coronavirus was first discovered in Canberra on Thursday last week.

— WELLINGTON, New Zealand: The first outbreak in six months in New Zealand has grown to seven people. Prime Minister Jacinda Ardern said Wednesday that number is expected to keep growing, especially after some of those infected spent time at a church, a school, a casino and a hospital. Ardern also announced people will be compelled to wear masks in supermarkets, gas stations and pharmacies during strict lockdowns. That came after the government on Tuesday imposed a strict lockdown of at least three days for the entire country and at least seven days in Auckland and Coromandel after identifying the first infection. Ardern said genome testing has confirmed that the outbreak is of the delta variant and originated from the outbreak in Sydney, although it’s not yet clear how the virus breached New Zealand’s border quarantine controls.