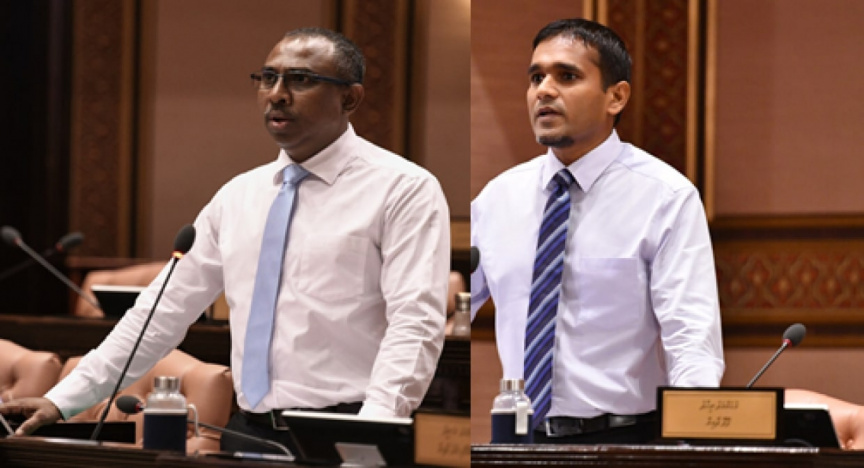 The two MDP parliamentarians were reinstated to the 241 Committee during the first sitting of the third session of the Parliament held on Monday morning.

Ali Azim recused himself from the 241 Committee in May when the committee had been conducting an inquiry into the MMPRC graft scandal, after he was named on the list of suspected beneficiaries of the stolen funds.

Ilyas, meanwhile, recused himself from the 241 Committee in June when the committee began conducting an inquiry into Parliament Speaker, former President Mohamed Nasheed’s security in relation to the assassination attempt on him in May 6. Ilyas announced shortly after the attack that he received information from a private citizen regarding a USD 3 million contract to assassinate Nasheed prior to the attack, and shared the information with Nasheed, and then with Defense Minister Mariya Ahmed Didi.

Mariya admitted to receiving the information, but said it was not considered “credible, actionable intelligence”.

Police later said there was no evidence directly linking the attack to the information Ilyas received.

The 241 Committee is charged with oversight over security services, along with researching national security issues and recommending policy changes.