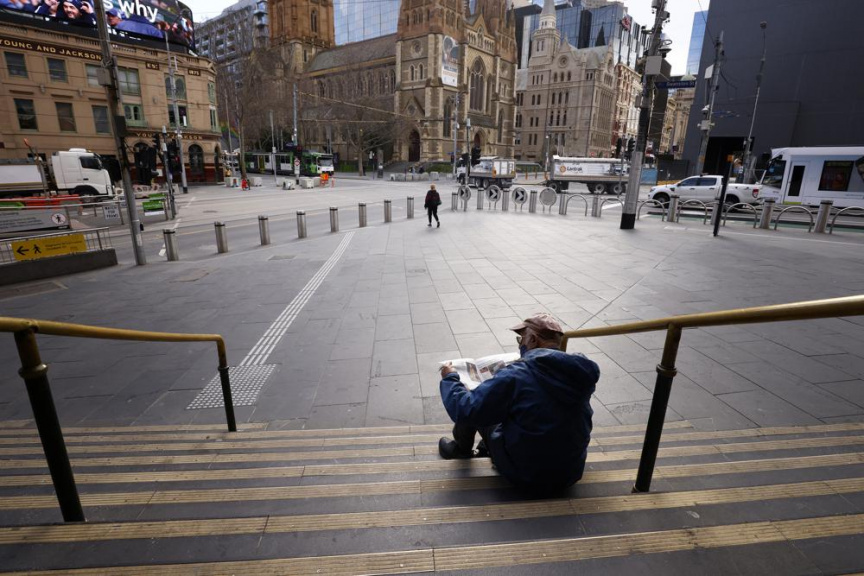 A man reads a newspaper on the steps of Flinders Street Station in Melbourne, Australia, Wednesday, Aug. 11, 2021. (AAP Image/Daniel Pockett)

CANBERRA, Australia — Australia’s capital Canberra will remain locked down until there are no more COVID-19 infections in the city, a government leader said on Friday.

The Australian Capital Territory, which comprises Canberra and two villages, locked down for a week after a man tested positive on Thursday.

The tally of infections rose to six on Friday, with more than 1,800 people identified as close contacts of the original case since he became infectious, officials said.

Australian Capital Territory Chief Minister Andrew Barr said the lockdown would last until all new cases had been in isolation throughout their entire infectious period.

“We would want to see no additional community transmission, we want to go back to zero,” Barr said.

The recent infections are the first cases of community transmission in the city of 460,000 since July 10 last year.

Suspect in Australian girl’s abduction to be charged