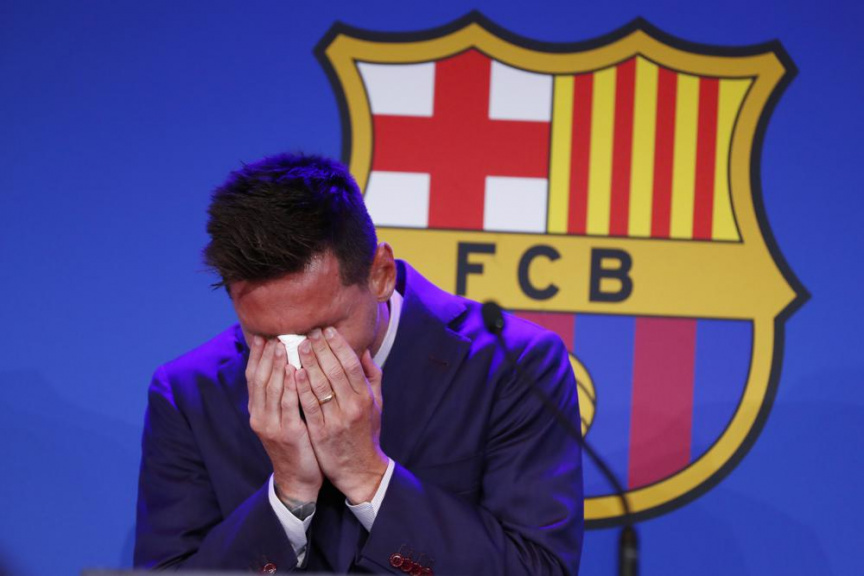 Lionel Messi cries at the start of a press conference at the Camp Nou stadium in Barcelona, Spain, Sunday, Aug. 8, 2021. (AP Photo/Joan Monfort)

Pérez on Wednesday released a statement denying any connection with Messi’s departure after being linked to it by a former Barcelona official who resigned because of the club’s failure to keep the star player.

Pérez asked Jaume Llopis to issue a retraction for saying that Pérez was a friend of Barcelona CEO Ferrán Reverter and convinced him not to keep Messi.

Pérez said “it is completely false” that he has been a longtime friend of Reverter. He said he only met him twice, including last week after “the official communication on Messi had already taken place.”

Llopis resigned Sunday saying he was disappointed with Barcelona president Joan Laporta, who would “go down in history as the president who fired Messi.”

Messi’s father, who is also his agent, recently told reporters that Barcelona was responsible for Messi’s departure. The player had said he did everything he could to try to continue with the club, including accepting a salary reduction of 50%.