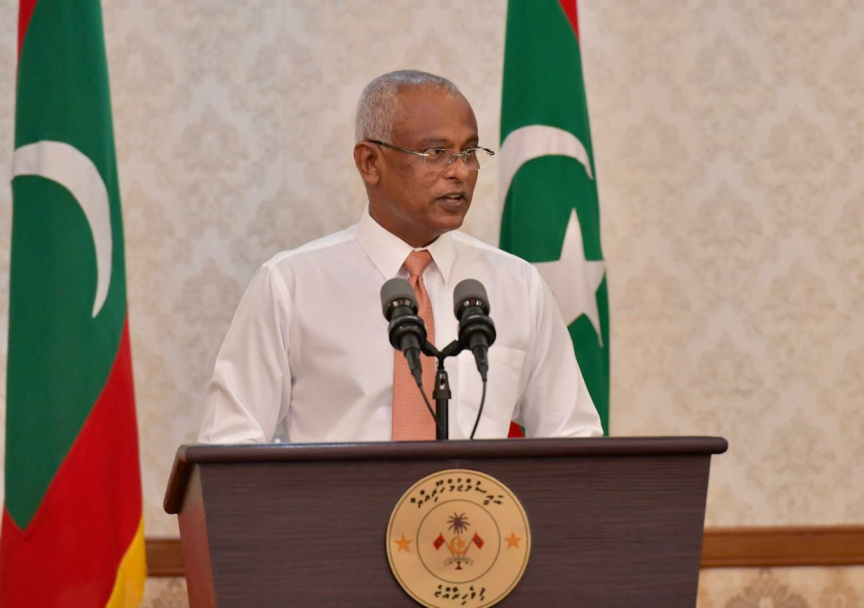 He provided the assurance in a virtual meeting with members of Addu City Council on Sunday afternoon.

At the meeting, Addu councilors thanked the President for the developmental projects underway in Addu, and shared topical problems and concerns from residents.

He noted Addu City’s considerable population, and provided assurance developmental projects in the city will continue forward without delay.

He said the government will collaborate with appropriate ministries to address the council’s concerns about the road development project, sewerage system upgrade, commercial port, housing projects, healthcare services, education and other socioeconomic difficulties.

President Solih said that the government attaches great importance to facilitating the smooth operation of the PSIP projects, noting councils have been entrusted with a considerable amount of responsibility under the amendments to the Decentralization Act.