Adam Shareef: Who is obstructing the investigation into Shima’s disappearance? 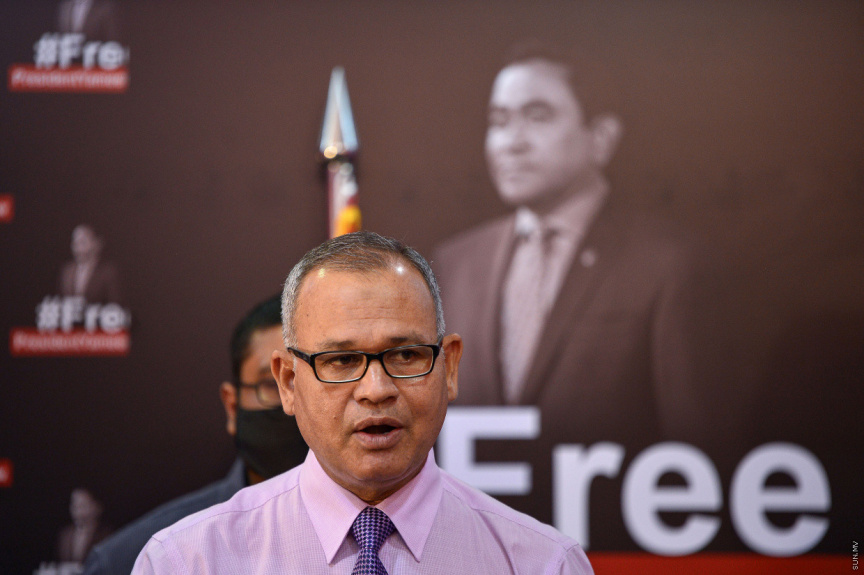 Maduvvari MP Adam Shareef Umar has highlighted the failure of Disappearances and Deaths Commission (DDCom) to probe into the disappearance of Aminath Shima Nafiz – questioning whether anyone was obstructing the investigation.

Shareef who has previously served as the Defense Minister raised this question while highlighting his concerns surrounding the work of DDcom. Speaking to Sun, Shareef stressed that Shima’s family deserves justice – and that it is their right.

“The state should take responsibility. Up until now, they have not been able to even conclusively state how the incident had happened. No one is working on the case at any level now,” Shareef detailed noting that the state must take responsibility if DDcom is negligent in carrying out its duties.

“By god’s will, we will investigate cases concerning deaths or the infringement of someone’s rights as soon as we are elected to power and we will make those who are currently in charge answerable,” he added.

Shareef also alleged the probe has been ceased as someone from the current government could possibly be held responsible in relation to it – in order to protect that person.

Aminath Shima Nafiz, 19, had been traveling from L. Kadhdhoo to L. Maamendhoo on a dinghy boat operated by Ibrahim Fazeel on February 22, 2019, when the boat reportedly ran out of fuel, and a wave crashed in capsizing it.

According to Fazeel, he had swum to nearby Laamu Atoll Six Senses to call for help, after giving Shima the empty fuel tank to hold on to.

The police had previously used divers as well as diving robots to search the sea area where Shima was reported to have gone missing, as well as teams to search nearby uninhabited islands - to no avail.

No trace of either Shima or the boat has been found to date.

The police, in previous statements, said that there was insufficient evidence to charge Fazeel – the last person to see Shima before her disappearance – despite the discrepancies in his account of events surrounding her disappearance.

Fazeel, who has a criminal history, was arrested by the police less than one month later – on March 10, after he was found traveling on a dinghy boat with a kidnapped underage girl – later identified as Shima’s younger sister. Fazeel continues to deny the allegations against him in connection to Shima’s disappearance.

Hearings in perjury case against Muizzu to begin on Tue