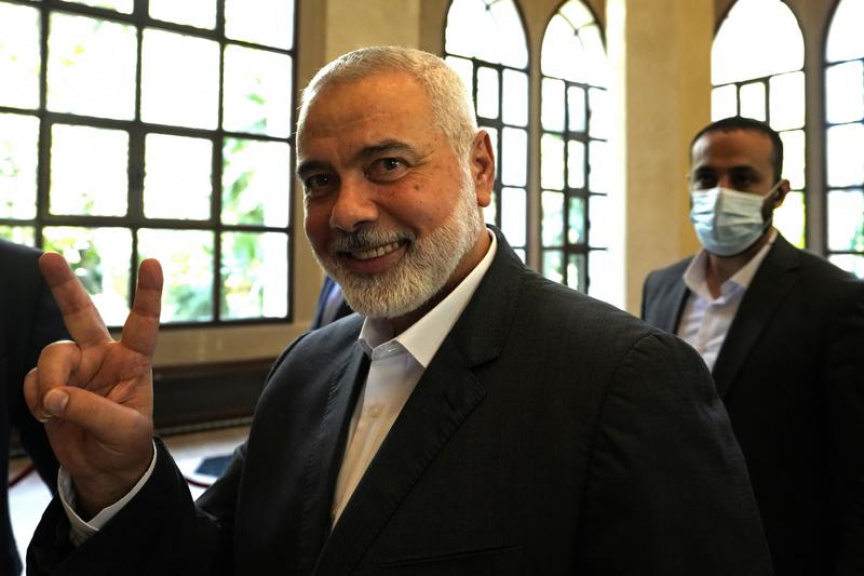 Ismail Haniyeh, who has been living in exile for the past two years, was given a new four-year term by the Shura Council, the Islamic group’s top decision-making body. He was unopposed.

Haniyeh is a former aid to Hamas’ founder, Ahmed Yassin, who was assassinated in an Israeli airstrike in 2004.

He served as the Palestinian prime minister after Hamas won parliamentary elections in 2006 — a year before the Islamic militant group seized control of Gaza from the rival Fatah-led forces of President Mahmoud Abbas. He served as Hamas’ leader in the group’s Gaza stronghold before being elected as head of the movement in 2017.

Haniyeh left Gaza in 2019 and has split his time between Turkey and Qatar. He has not said whether he will return.

Hamas is an Islamic movement that seeks Israel’s destruction. Since taking control of Gaza in 2007, the group has fought four wars against Israel, most recently in May, and numerous smaller battles over the years.

The repeated fighting, combined with an Egyptian-Israeli blockade, has decimated Gaza’s economy, with unemployment hovering around 50%.

At a WBank outpost, Israeli settlers flaunt their power

US, UK and Israel blame Iran for ship attack