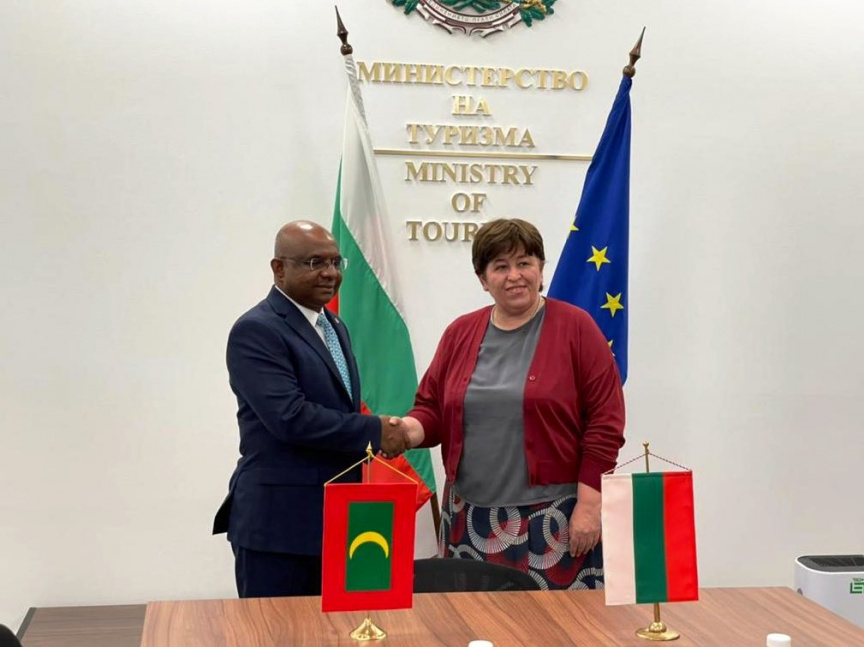 Foreign Minister Abdulla Shahid has stated that he hoped to see further promotion of Maldivian tourism in Bulgaria and subsequently record increased tourist arrivals from Bulgaria to the Maldives.

Minister Shahid made this statement during a meeting held today with the Tourism Minister of Bulgaria Dr. Stella Baltova.

During this meeting, both the Ministers discussed avenues to further strengthen and enhance the existing bilateral relations between Bulgaria and Maldives. Additionally, they also discussed exploring opportunities to widen cooperation in the tourism sector between the two countries – additional promotion of Maldivian tourism in Bulgaria in order to increase tourist arrivals from the country.

Minister Baltova also highlighted the importance of increasing connectivity between both the countries – expressing hoping to see more transport connections between Bulgaria and the Maldives for further promotion of tourism.

The Ministers also outlined the measures taken to curb the spread of COVID-19 in their respective countries and addressed the importance of implementing strong and comprehensive policies in combating the pandemic.

Foreign Minister Shahid also briefed Minister Baltova on his agenda and policies as the President of the 76th Session of the United Nations General Assembly.