Britain ends quarantine for vaccinated visitors from US, EU 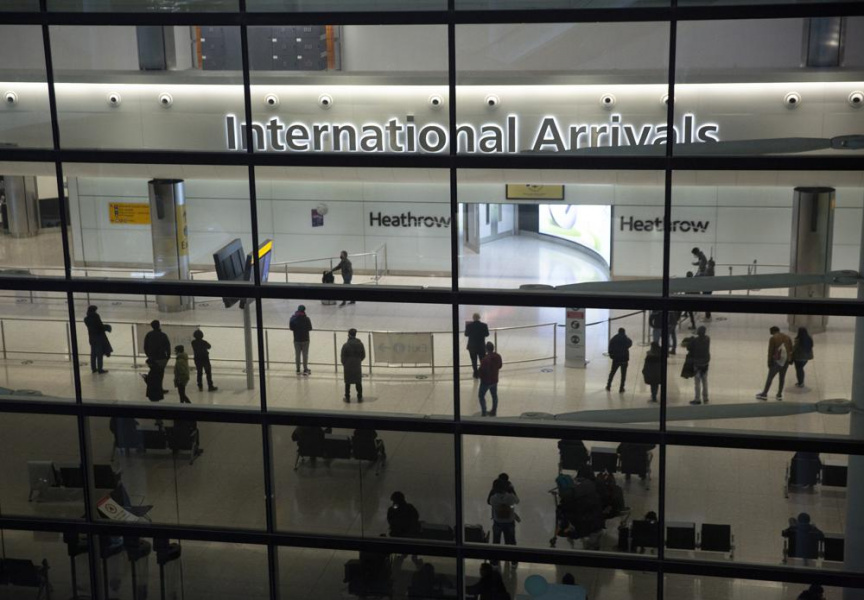 LONDON (AP) — Fully vaccinated travelers from the United States and much of Europe will be able to enter Britain without quarantining starting next week, U.K. officials said Wednesday — a move welcomed by Britain’s ailing travel industry.

The British government said people who have received both doses of a vaccine approved by the FDA in the U.S. or by the European Medicines Agency, which regulates drugs for the European Union and several other countries, will be able to take pre- and post-arrival coronavirus tests instead of self-isolating for 10 days after entering England.

The Scottish government, which sets its own health policy, made the same decision. Wales said it would also adopt the change — though its Labour Party-led government said it regretted the Conservative London government’s decision.

“However, as we share an open border with England, it would be ineffective to introduce separate arrangements for Wales,” it said.

Northern Ireland, which is also part of the U.K., hasn’t announced what it plans to do yet.

Only people who have been vaccinated in Britain can currently skip 10 days of quarantine when arriving from most of Europe or North America.

There is one exception to the rule change: France, which the U.K. has dubbed a higher risk because of the presence of the beta variant. Visitors from France will continue to face quarantine.

Heathrow Airport chief executive John Holland-Kaye said the government had made the “right decision.” British Airways also welcomed the move, but urged the government to go further and ease restrictions on visitors from more countries.

Claire Walker, co-executive director of the British Chambers of Commerce, said the announcement was “welcome news.”

“The long-term recovery of our entire economy also depends on reopening the U.K. to the two-way flows of people and trade,” she said.

The change hasn’t been universally reciprocated. Some European countries, including Italy, require British visitors to quarantine upon arrival. The U.S. this week also announced it is keeping a ban on most international visitors, and has advised Americans against traveling to the U.K., citing a surge in infections driven by the more contagious delta variant.

Virgin Atlantic chief executive Shai Weiss urged the U.S. to end its travel ban and for the U.K. to go further in opening up international travel. Weiss said “a continued overly cautious approach towards international travel will further impact economic recovery and the 500,000 U.K. jobs that are at stake.”

“We can only set the rules at our end,” he said. “We can’t change that on the other side, but we do expect that in time they will release that executive order, which was actually signed by the previous president, and bans inward travel.”