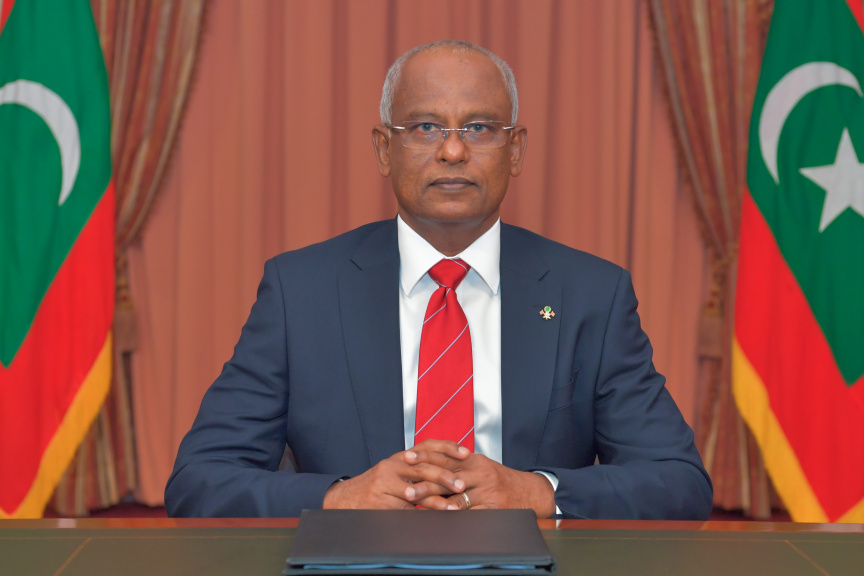 President Ibrahim Mohamed Solih addresses the nation on the occasion of the 56th Independence Day of the Maldives on July 26, 2021. (Photo/President's Office)

President Ibrahim Mohamed Solih has stated that Maldives has received enough doses of the COVID-19 vaccine to fully vaccinate those who have yet to be inoculated.

The President made this statement in his address to the nation on the occasion of Independence Day. He also added that a nationwide mass vaccination program would commence in the upcoming week – which will see the inoculation of the entire Maldivian population.

He also detailed that the Government’s aim in this regard is to fully vaccinate 90 percent of the eligible population prior to the end of August - and from there the entire population.

“This is a privilege currently enjoyed by only a handful of countries around the world,” President had also said.

President also urged all eligible persons to complete both doses of the vaccine while there is chance to.

“In light of our efforts against the Covid-19 pandemic in the past year and a half, we must now focus on getting on with our daily routines with precautionary measures in place. We must at the same time work wisely to boost our national economy,” President also added.