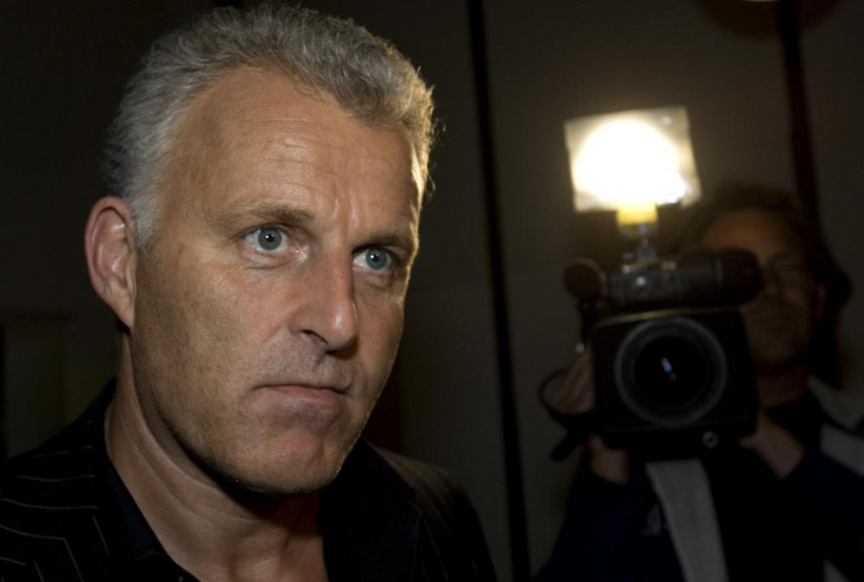 THE HAGUE, Netherlands (AP) — Peter R. de Vries, a renowned Dutch journalist who fearlessly reported on the violent underworld of the Netherlands and campaigned to breathe new life into cold cases, has died at age 64 after being shot in a brazen attack last week, his family said Thursday.

“Peter fought to the end, but was unable to win the battle,” the family said in a statement sent to Dutch media.

While the motive for de Vries’ shooting remains unknown, the July 6 attack on an Amsterdam street had the hallmarks of the gangland hits taking place with increasing regularity in the Dutch underworld the journalist covered.

Two suspects have been detained. Dutch police said the suspected shooter is a 21-year-old Dutchman, and a 35-year-old Polish man living in the Netherlands is accused of driving the getaway car. They were arrested not long after de Vries was wounded.

De Vries rose rapidly from a young cub reporter to become the Netherlands’ best-known journalist. He was a pillar of support for families of slain or missing children, a campaigner against injustice and a thorn in the side of gangsters.

“Peter has lived by his conviction: ‘On bended knee is no way to be free,’” the family statement said. “We are unbelievably proud of him and at the same time inconsolable.”

De Vries had been fighting for his life in an Amsterdam hospital since the attack. The statement said he died surrounded by loved ones and requested privacy for de Vries’ family and partner “to process his death in peace.” Funeral arrangements were not immediately announced.

The shooting happened after de Vries made one of his regular appearances on a current affairs television show. He had recently been an adviser and confidant for a witness in the trial of the alleged leader and other members of a crime gang that police described as an “oiled killing machine.”.

The suspected gangland leader, Ridouan Taghi, was extradited to the Netherlands from Dubai in 2019. He remains jailed while standing trial along with 16 other suspects.

“Peter R. de Vries was always dedicated, tenacious, afraid of nothing and no one. Always seeking the truth and standing up for justice,” Rutte said in a tweet. “And that makes it all the more dramatic that he himself has now become the victim of a great injustice.”

Dutch King Willem Alexander last week called the shooting of de Vries “an attack on journalism, the cornerstone of our constitutional state and therefore also an attack on the rule of law.”

The slaying also struck a chord elsewhere in Europe, where murders of reporters are rare. The killings of journalists in Slovakia and Malta in recent years have raised concerns about reporters’ safety in developed, democratic societies.

In a tweet, European Commission President Ursula von der Leyen said she was “deeply saddened by the news of Peter R. de Vries’ passing. I want to express my condolences to his family and loved ones.”

She added: “Investigative journalists are vital to our democracies. We must do everything we can to protect them.”

De Vries won an International Emmy in 2008 for a television show he made about the disappearance of U.S. teenager Natalee Holloway while she was on holiday in the Dutch Caribbean island of Aruba in 2005.

In 2018, while acting as a spokesman for the family of an 11-year-old boy who was abused and killed in 1998, de Vries appealed for tips about the whereabouts of a suspect identified in a DNA probe.

“I can’t live with the idea that he won’t be arrested,” de Vries said when appealing for help at a televised press conference. “I won’t rest until it happens.”

The suspect was arrested a few weeks later in Spain and convicted last year in the death of the boy, Nicky Verstappen.

De Vries’ comment about the suspect in Nicky’s slaying summed up the tenacity that was a cornerstone of a career that saw him report on some of the Netherlands’ most notorious crimes, including the 1983 kidnapping of beer magnate Freddy Heineken.

Acting on a tip, de Vries tracked down one of the kidnappers in Paraguay in 1994.

De Vries also was known for tenaciously campaigning to find the truth behind the 1994 slaying of a 23-year-old woman, Christel Ambrosius. Two men from the town where she was killed were convicted in 1995 and sentenced to 10 years imprisonment, but de Vries refused to believe they were guilty.

They were acquitted in 2002, and in 2008, another man was convicted of Ambrosius’ killing.

Justice Minister Ferd Grapperhaus issued a statement calling de Vries “a brave man who lived without compromise. He would not allow himself to be intimidated by criminals.”

Grapperhaus said he “tracked down injustice throughout his life. By doing so he made an enormous contribution to our democratic state. He was part of its foundation.”