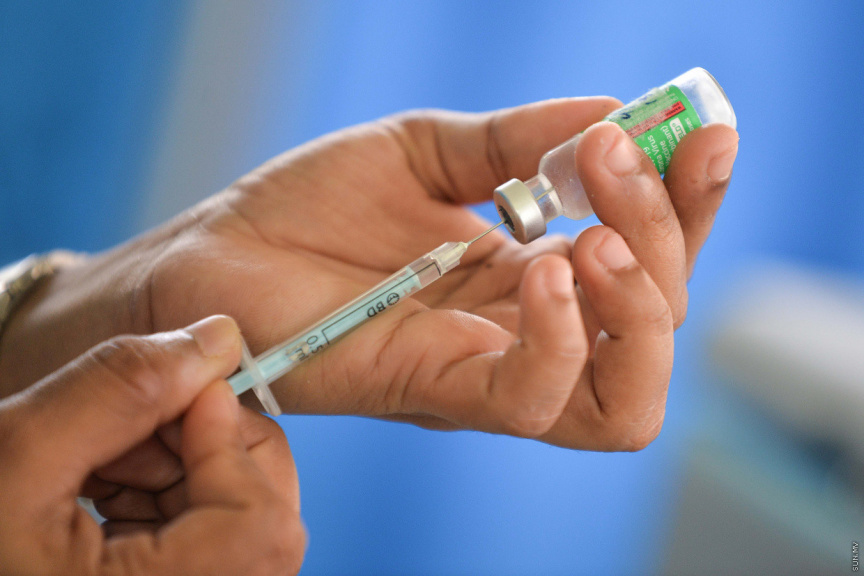 A nurse fills syringe with a vial of Covishield vaccine on February 4, 2021. (Sun Photo/Fayaz Moosa)

The Government of Japan has announced their decision to donate COVID-19 vaccine to the Maldives through the COVAX Facility.

Accordingly, the vaccine that is being donated to the Maldives is a part of the 11 million doses that Japan is donating to the COVAX Facility.

However, it has not yet been revealed as to what vaccine and how many doses the Maldives stands to receive.

Foreign Minister Abdulla Shahid has welcomed the decision by the Japanese Government to donate vaccine to the Maldives via a tweet. Minister Shahid also thanked the Foreign Minister of Japan Motegi Toshimitsu, the Japanese Government, and the people of Japan in his tweet. He also noted that the donation is a true testament to the close relationship formed between Maldives and Japan.

The Government of Japan has decided to donate COVID-19 vaccine through the COVAX Facility to a total of 11 countries – including the Maldives. 11 million doses which are being donated in this regard, will be distributed amongst the 10 countries.

In addition to Japan, Canada and the US have also donated COVID-19 vaccines to the Maldives through the COVAX Facility.