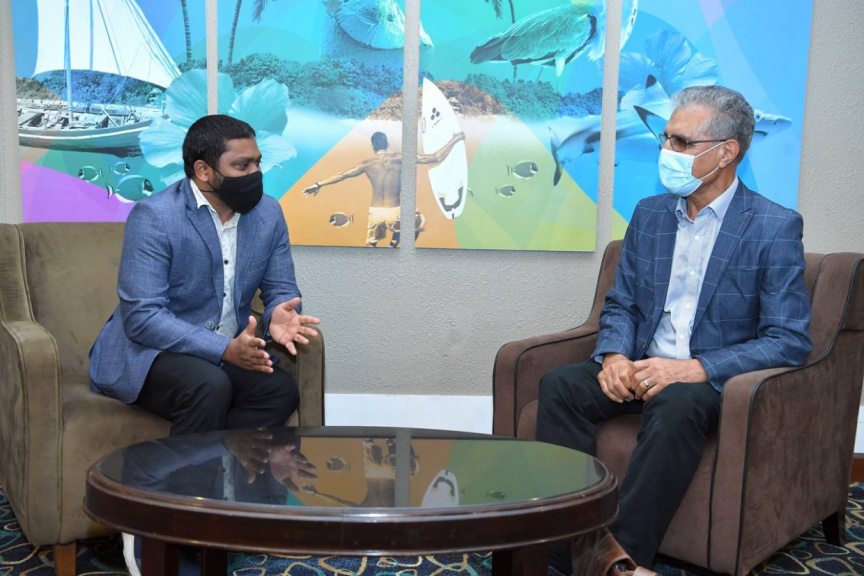 The special envoy appointed by the President to monitor the investigation into the targeted terror attack of May 6 which left Parliament Speaker, former President Mohamed Nasheed severely wounded, has arrived in Maldives.

Abbas Faiz, a human rights analyst from the UK, was appointed by President Ibrahim Mohamed Solih to monitor the investigation into the attack on May 19.

President’s Office said Faiz arrived in Maldives on Friday morning. He was greeted upon arrival at the Velana International Airport by President’s Chief of Staff, Ali Zahir.

According to the President’s Office, Faiz is mandated to ensure that all stages of the investigation, prosecution and trial of the alleged perpetrators, and any related and necessary inquiries, comply with international best practice and national laws to ensure public confidence in the integrity of the processes.

President’s Office said Faiz’s oversight of the ongoing investigation will be conducted within the parameters set by the Prosecutor General, and that he will provide necessary counsel and instructions, and prepare necessary reports until justice is served in the case.

Faiz was questioned in the inquiry by Parliament’s Security Services Committee into Nasheed’s security breach in relation to the May 6 attack on June 23.