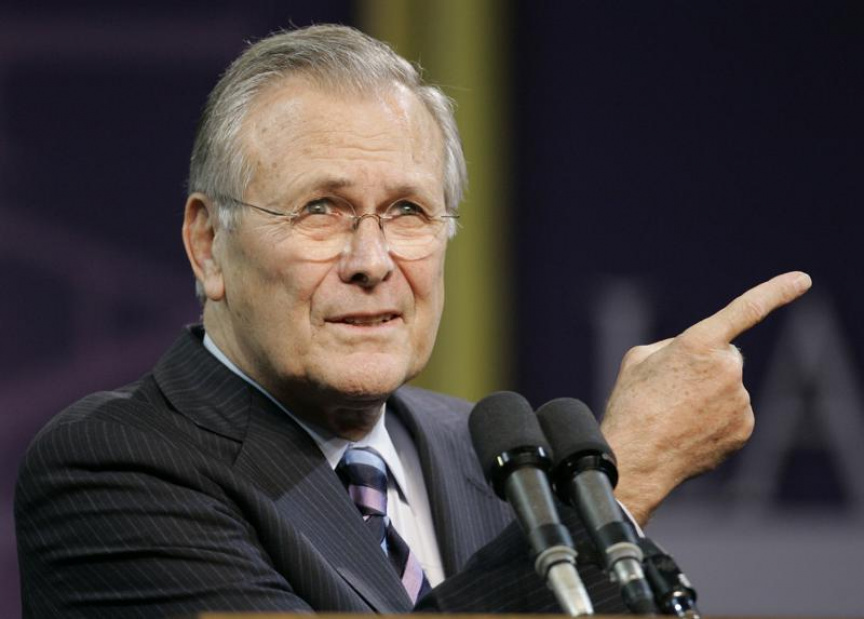 WASHINGTON (AP) - Donald Rumsfeld, the two-time defense secretary and one-time presidential candidate whose reputation as a skilled bureaucrat and visionary of a modern American military was unraveled by the long and costly war in Iraq, died Tuesday. He was 88 years old.

In a statement issued Wednesday, Rumsfeld's family said that "he was surrounded by his family in his beloved Taos, New Mexico."

President George W. Bush, in whose presidency Rumsfeld served as the head of the Pentagon, praised his “constant service as secretary of defense in times of war; a job that he carried out with strength, talent and honor”.

Rumsfeld, seen by former colleagues as intelligent and combative, patriotic and politically astute, had an outstanding career in government under four presidents, and nearly a quarter of a century in the private sector.

After retiring in 2008, he led the Rumsfeld Foundation to promote public service and work with charities that provide services and support to families of wounded military and veterans.

Rummy," as he was often called, was ambitious, witty, energetic, personable, and capable of great personal warmth. But he irritated many with his belligerent style. Rumsfeld, an accomplished fighter in college, enjoyed the verbal fight and extolled it to an art form; one of his favorite weapons was scathing humor.

Still, he developed a network of supporters who admired his work ethic, intelligence, and impatience with all who did not share his sense of urgency.

He briefly ran for the Republican presidential nomination in 1988, a major failure that he once described as sobering for someone used to success at the highest levels of government, including stints in the White House as chief of staff, ambassador of United States and member of Congress.

US to reopen land borders in Nov. for fully vaccinated

US man executed for killing 3 workers in ’94 robbery

New US rules will limit arrest, deportation of migrants

100s believed dead in heat wave despite efforts to help