Feud between Mbappé and Giroud escalates at Euro 2020 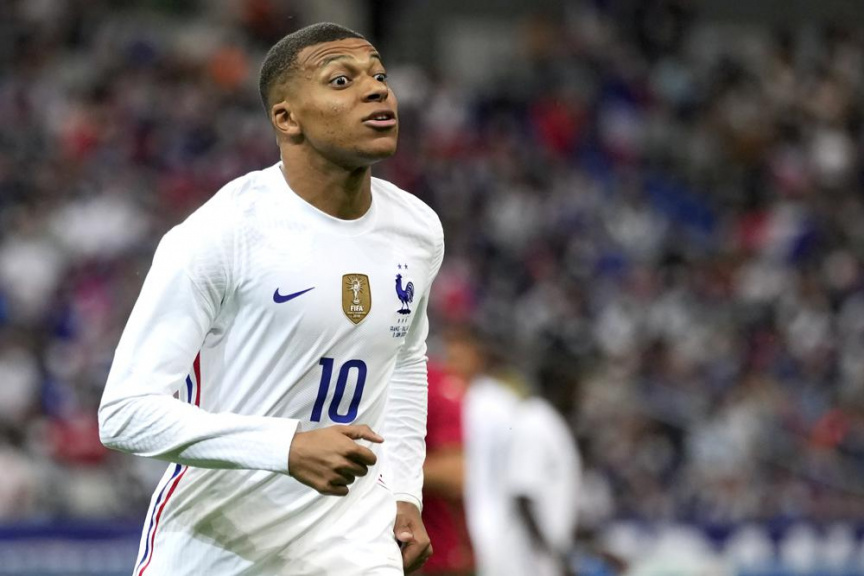 PARIS (AP) — A brewing feud between France strikers Kylian Mbappé and Olivier Giroud has gone public, potentially threatening team unity ahead of the opening match against Germany at the European Championship.

It all started on Tuesday after France’s 3-0 victory over Bulgaria in a friendly when Giroud suggested he wasn’t getting the service he deserved — deemed by some a swipe at Mbappé.

Giroud scored two goals after coming on as a substitute for Karim Benzema, and several of his teammates ran towards him to celebrate his first one. But not Mbappé, who appeared to walk in the opposite direction.

“I was quiet because sometimes you make a run and the balls just don’t arrive,” Giroud said on L’Equipe TV. “I don’t always pretend to make the right calls, but I have tried hard to give solutions in the area.”

Mbappe said Sunday he had been “a little affected” by the growing unrest caused by Giroud’s comments.

“What he said does not bother me more than that,” Mbappe said at a news conference, according to L’Equipe. “He expresses a feeling when he speaks. I’m a forward and I’ve had that feeling 365 times in a game, when you feel like you’re not being served.

Mbappe, one of the world’s best strikers, said he didn’t want to make “a big deal about it.”

“We are here to represent France, that is the most important thing,” he said.

Giroud’s regular place in France’s attack has been threatened by the recall of Benzema after nearly six years away from the national team amid a bitter fallout with coach Didier Deschamps over Benzema’s alleged role in a sex-tape scandal.

However, Benzema limped off against Bulgaria with a minor knee injury and is a doubt for the Euro 2020 game against Germany in Munich on Tuesday, raising the possibility of Giroud coming back into the team.

Giroud and Benzema had a frosty relationship prior to Benzema’s fallout with Deschamps. That cost Benzema his place and Giroud took it to become France’s second-highest scorer with 46 goals, five behind Thierry Henry’s national record.