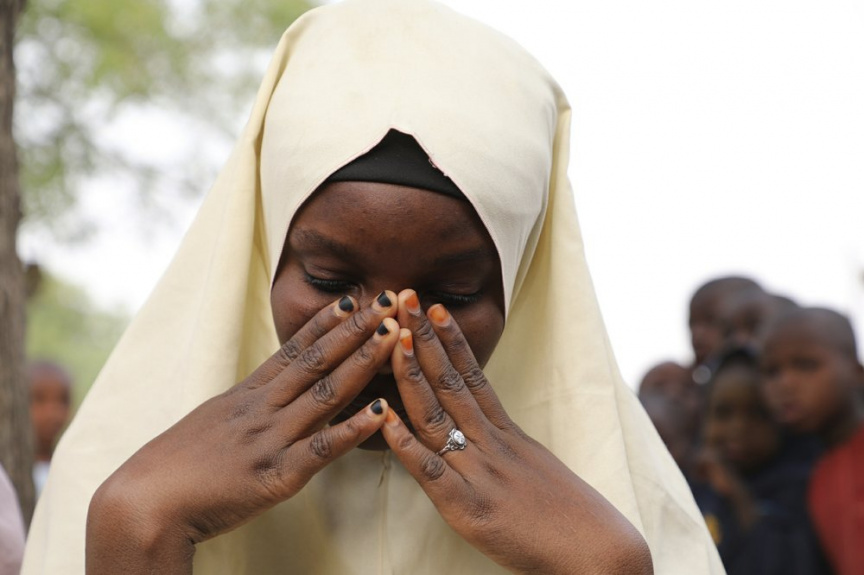 One of the students who was not kidnapped from a Government Girls Junior Secondary School following an attack by gunmen in Jangebe, Nigeria, Friday, Feb. 26, 2021. (AP Photo/ Ibrahim Mansur)

LAGOS, Nigeria (AP) — A large number of students were abducted Sunday and one person was killed at a school in Nigeria’s north central Niger State, a police spokesman said.

Nigerian media, including the independent Channels TV, said about 200 students were abducted at the Salihu Tanko Islamic School in Tegina in the local government area of Rafi.

Wasiu Abiodun, the Niger state police spokesman, confirmed the incident, though without giving a number for those abducted.

He said the abduction was carried out by “armed bandits on board motorcycles in their numbers.” The gunmen fired “indiscriminately and abducted a yet to be ascertained number of children,” he said, adding that the gunmen shot one person dead in the process.

All “tactical teams” have been mobilized to rescue the victims and the police will “ensure that the children are rescued unhurt,” he said.

The incident is the latest in a series of mass abductions in Nigerian schools by armed gangs who collect money for ransom. Armed groups have carried out raids on schools in northern Nigeria, kidnapping hundreds of students since December. The worst incident this year occurred at the Government Girls Secondary School Jangebe in February, when 279 girls were abducted and later released.

Many schools have been forced to close due to the frequent incidents.

On Saturday, 14 university students and staff who had been abducted from Greenfield University in Kaduna state on April 20 were released after spending more than a month in captivity.

3 groups of students freed in Nigeria in 24-hour period