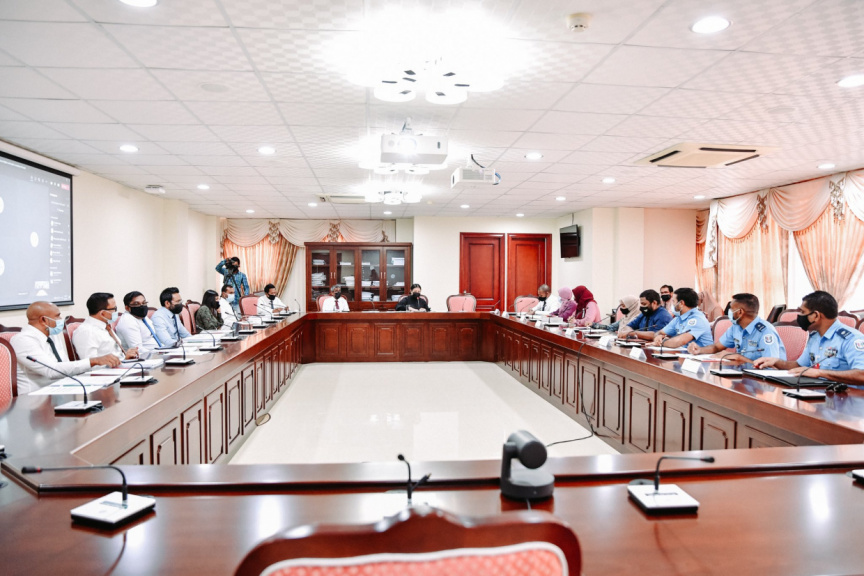 The meeting of the Parliament's Human Rights and Gender Committee making an inquiry into the domestic violence complaint made against MP for Kendhikulhudhoo Ahmed Easa has been conducted behind closed doors after a request by the Gender Ministry.

MP Easa is accused of domestic violence by his ex-wife Asra Naseem who is the sister of Vice President Faisal Naseem. Asra has even given her statements to the police regarding the matter.

A meeting of the Human Rights and Gender Committee of the Parliament was held today to oversee the case. The committee was set to meet with the police, the Family Protection Authority, the Prosecutor General's Officer, and the Human Rights Commission of the Maldives.

Gender Ministry Deputy Minister Fathimath Yumna said that the case involved details regarding a specific family which included private information, which was why the Ministry requested to hold the meeting behind closed doors.

Dhangethi MP Mohamed Nazim supported the request by the Gender Ministry, which saw the Committee hold the meeting behind closed doors.

The case against Easa even saw the PG Office make a request for an arrest warrant. However, the courts refused to give such an order saying that there was no conclusive basis to the request. The PG Office later stated today that it will not be appealing in the case for the court-ordered arrest warrant.

COVID-19 deaths in Maldives increase to 138