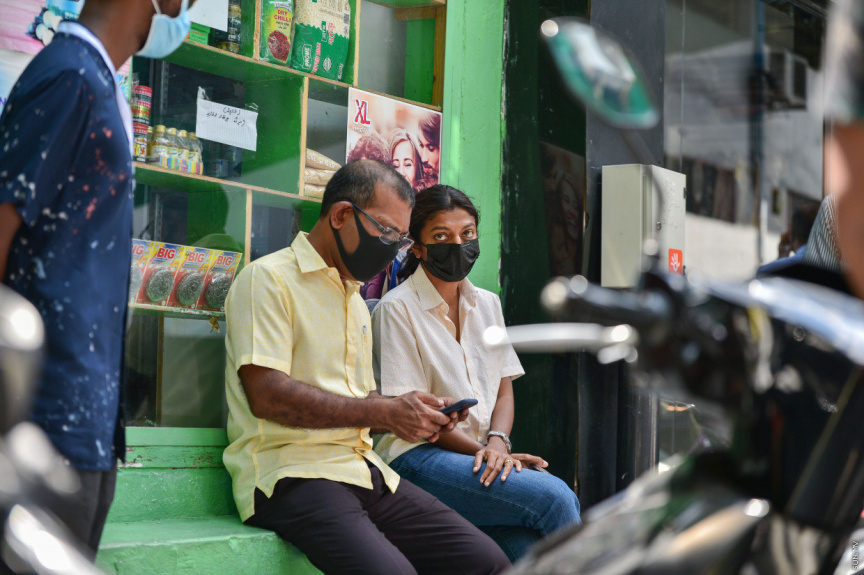 Home Minister Imran Abdulla Imran has been criticized by parliamentarians for telling reporters shortly after the explosion outside the residence of Parliament Speaker, former President Mohamed Nasheed that he did not sustain life-threatening injuries in the attack.

A homemade remote-controlled IED was strapped to motorcycle parked nearby Nasheed’s residence, and was detonated at 08:27 pm on May 6, just as Nasheed, 54, exited his residence and went to get in his car. Nasheed was thrown to the ground and sustained multiple shrapnel injuries, while three members of his security detail and two bystanders sustained minor injuries.

He was rushed to ADK Hospital at approximately 08:27 pm. And at approximately 11:00 pm, Imran told the media that though Nasheed sustained varying degrees of injuries, none of the injuries were life-threatening.

Imran, who attended the Parliament for a ministerial questioning session on Monday morning, was grilled by parliamentarians regarding his comments.

The first question was asked by MDP chairperson, West Henveiru MP Hassan Latheef. He asked Imran why he told the media Nasheed was doing well as he was being treated at the hospital, without clarifying information.

Imran responded that he spoke to the media after he went to the hospital and spoke to Nasheed’s family and well-wishers. He said that his comments were based of the information his family relayed through doctors.

“I believe its clear that what I said cannot be completely ruled as untrue. I spoke based on what they said. I said something very clear. Its evident that its not untrue. I told the information the family gave with reference to the doctors,” he said.

However, Deputy Speaker, North Galolhu MP Eva Abdulla expressed concern over Imran’s response. She said that she did not leave the hospital except to attend the emergency sitting at the Parliament, and was there when the doctors delivered all their updates.

Imran responded that he told the media Nasheed did not sustain life-threatening injuries, and that he did not go into detail regarding his injuries or his condition.

More parliamentarians questioned Imran regarding his comments, but he responded with the same answer.

Speaking in a televised interview outside ADK Hospital on the night of the attack, Imran said Nasheed did not sustain any life-threatening injuries, and that his condition isn’t serious.

His comments had been met with immediate criticism from MDP members.

Nasheed underwent 16 hours of lifesaving surgeries at ADK Hospital to remove ball bearings and other shrapnel, some of which perforated his internal organs, and is currently in Germany to continue his rehabilitation and recovery.

Police are treating the case as a targeted terror attack to assassinate Nasheed, and have made four arrests in connection to the case: Ahmed Adhuham Rasheed, 26, Hiyaa, GDh. Thinadhoo; Mujaz Ahmed, 21, Ma. Feyruge, K. Male’; Thahmeen Ahmed, 32, Folheyma, GA. Kondey; and Ahmed Fathih, 23, Dhunfiniufaa, L. Gan. Adhuham is believed to be the man who detonated the IED.

''I will not orchestrate the release of a prisoner''