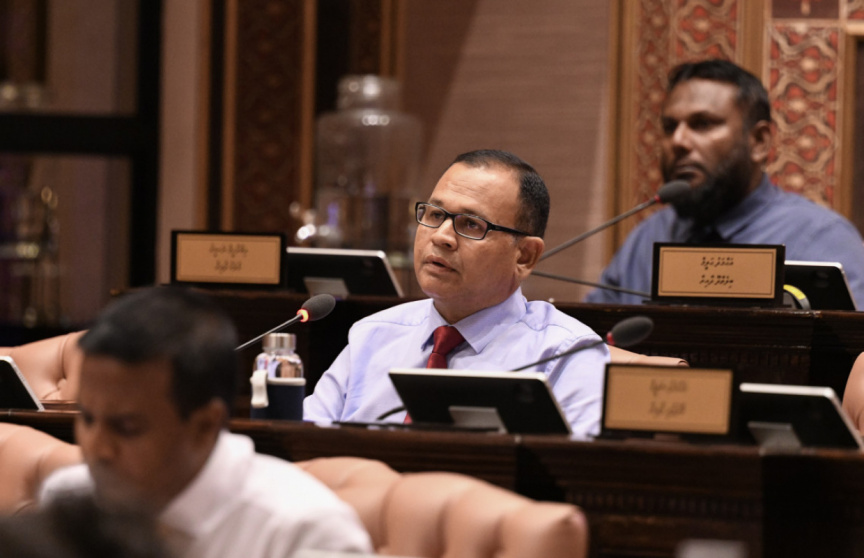 The Parliament has voted out an emergency issue submitted regarding the current situation with COVID-19 which called for quick responses and the establishment of resources to effectively control the situation of the virus.

The emergency issue was submitted by MP for Maduvvari Adam Shareef due to the immense spread of the disease in the Maldives and the dire situation in the country.

The issue read that the number of islands that are being placed under monitoring mechanisms was increasing every day, as well as the number of people who have to be quarantined or test positive for the virus. The fatality rate of the virus had also increased and the situation in the capital and Male' City was also dire, read the emergency issue by the Maduvvari MP.

He also noted that testing mechanisms for the virus were not established in atolls and that there were delays in receiving results for the tests. He also said that health sector workers have been exhausted, which could lead to slow responses in treating the virus, as was being noted by experts.

The emergency issue further read that the bed capacity and human resources in COVID-19 centers and hospitals were being strained as the hospitalization numbers increased and that a situation where positive cases could be left unattended or treatment is delayed, which could risk lives could occur.

The MP also noted that there were a lot of people who have not completed their second dose of the Covishield vaccine due to a shortage of supply, and the mismanagement of the vaccination program.

He called on the government to increase its response, establish and utilize resources, and source the required manpower, and to enhance measures in terms of treating patients and controlling the situation with the virus in the country.

He also called for better management of the vaccine arrangements and program as well.

A vote was asked on the emergency issue, which saw the majority of the lawmakers vote against deliberating on the issue. 18 out of the present 33 MPs voted against the issue while only 12 MPS voted to accept the issue.

MPs who voted to accept the emergency issue are: