Debris from China’s rocket falls into Indian Ocean near Maldives 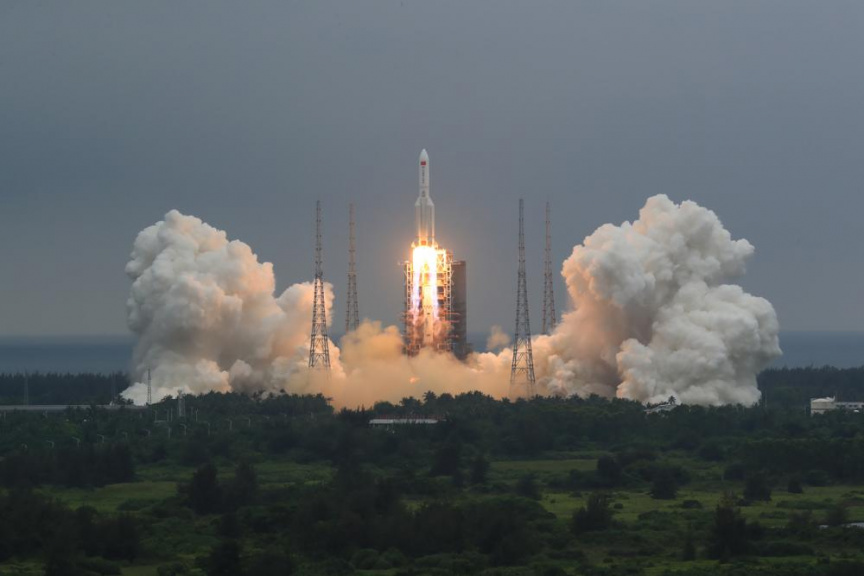 In this photo released by China's Xinhua News Agency, a Long March 5B rocket carrying a module for a Chinese space station lifts off from the Wenchang Spacecraft Launch Site in Wenchang in southern China's Hainan Province, Thursday, April 29, 2021. (Ju Zhenhua/Xinhua via AP)

China states the debris from the rocket it launched into space last April fell into the Indian Ocean on Sunday morning, just west of Maldives.

The China Manned Space Engineering Office said in a post on WeChat that the Long March 5B rocket re-entered the Earth’s atmosphere at 10:24 hours Beijing time (07:24 hours Maldivian time). Most of the debris from huge rocket, however, burned up on re-entry.

China now reporting https://t.co/dHSJVoItCY that the rocket reentered at 0224 UTC at 72.47E 2.65N which is right over the Maldives. If correct will be interesting to see if we get reports from there pic.twitter.com/NQovz33pqg

China Manned Space Engineering Office said the remaining debris looks to have fallen into the ocean.

There have been no reports of debris falling on any Maldivian island.

China has stated that the environmentally friendly fuel used by the rocket will not result in water pollution, and Chinese Foreign Ministry spokesperson Wang Wenbin said on Friday that the probability of harm caused by the rocket is “extremely low”.

The rocket launched the main module of China’s next space station, Tiangong, on April 29. Usually, the large booster stages of rockets immediately drop back to Earth after they are jettisoned, but the 23-ton core stage of the Long March 5B accompanied the space station segment all the way to orbit.

China expects to complete work on the space station in 2022.

China to provide MVR 968.2M in grant aid to Maldives