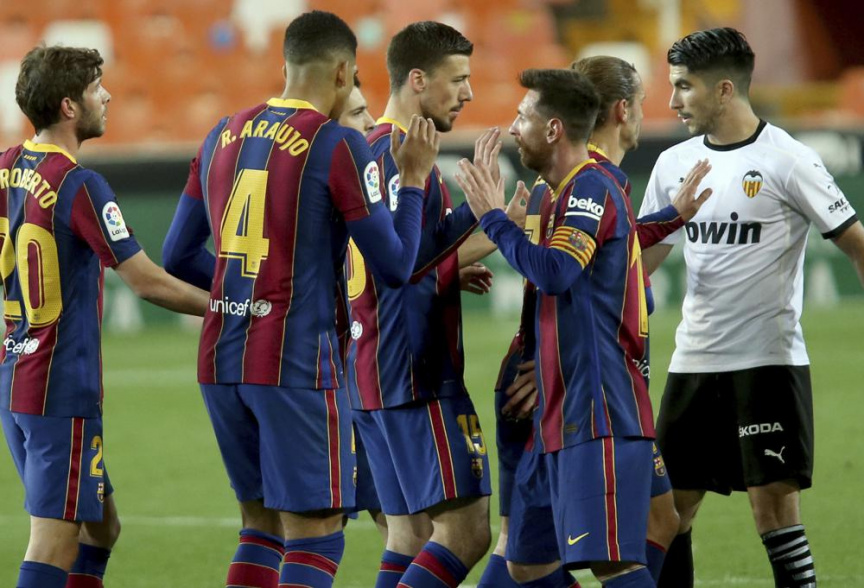 Barcelona's Lionel Messi celebrates with team mates the victory of his team at the end of a Spanish La Liga soccer match against Valencia at the Mestalla stadium in Valencia, Spain, Sunday, May 2, 2021. (AP Photo/Alberto Saiz)

BARCELONA, Spain (AP) — The Spanish league said Tuesday it will investigate a gathering of Barcelona players at Lionel Messi’s home.

Local authorities are also expected to check if any COVID-19 protocols were broken during the gathering on Monday.

Spanish media said Messi invited his teammates and their partners for a barbecue to help the squad bond ahead of a decisive Spanish league match next weekend.

Barcelona can move into first place on Saturday if it beats league leader Atlético Madrid at the Camp Nou Stadium.

The barbecue came a day after Barcelona defeated Valencia 3-2 to stay within two points of Atlético with four rounds to go.

Sanctions against players and the club are possible but not likely to be severe.