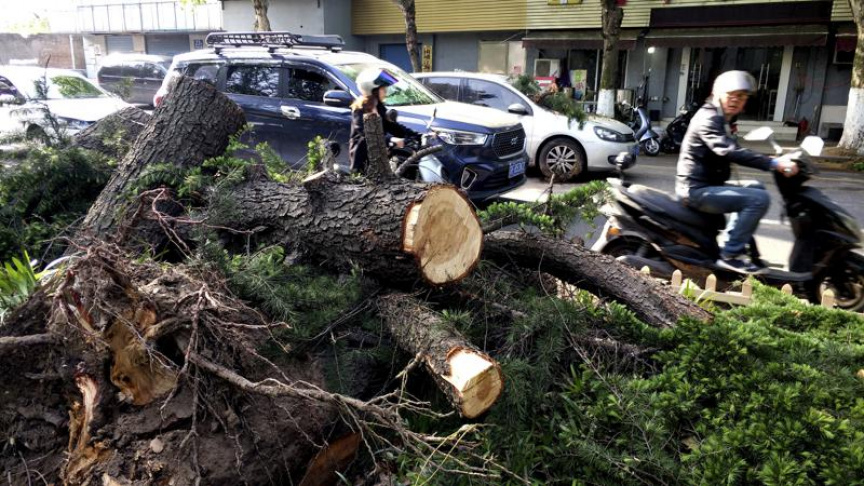 In this photo released by China's Xinhua News Agency, people drive past fallen trees along a road in Nantong in eastern China's Jiangsu Province, Saturday, May 1, 2021. (Song Chenglin/Xinhua via AP)

Nantong city, located in the eastern province of Jiangsu, was among the hardest-hit when the extreme weather swept the Yangtze Delta on Friday night, according to state-affiliated newspaper Global Times.

Wind speeds of 162 kilometers (100 miles) per hour overturned a fishing ship. Two sailors were rescued and search operations were underway for the nine remaining crew, the notice said.

Electricity has been restored in Nantong, and collapsed trees, damaged vehicles as well as windows that have been blown away were being cleared.

Alibaba fined $2.8B on competition charge in China