STO: Surgery carried out on injured worker after incident 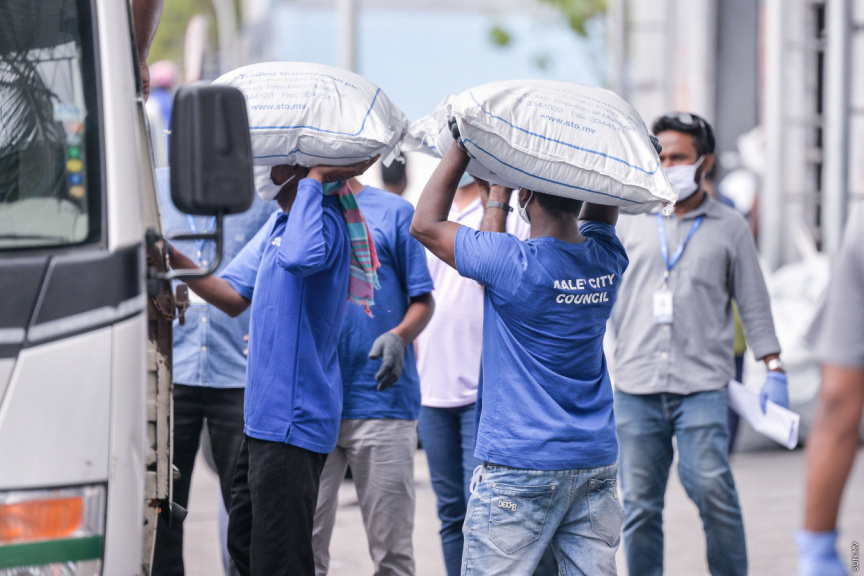 Workers load sacks of food products from the STO warehouse to a truck on April 22, 2020. (Sun Photo/Fayaz Moosa)

The State Trading Organization (STO) has stated that surgery has been conducted on a worker who suffered injuries during an incident where sacks of staple food items fell on workers.

STO stated that two of the workers injured had been treated and released from the Hulhumale’ Hospital while surgery had been carried out on the other worker who was injured.

The surgery was carried out in IGMH and the injured person is now being kept in the ICU for observation, according to STO.

“The condition of the person has not worsened. But the individual is in ICU for observation,” stated the company.

The incident yesterday, where the workers were injured, was caused by sacks of staple food items in a go down which fell onto workers. A total of three were injured in the incident.

STO to cease use of plastic bags