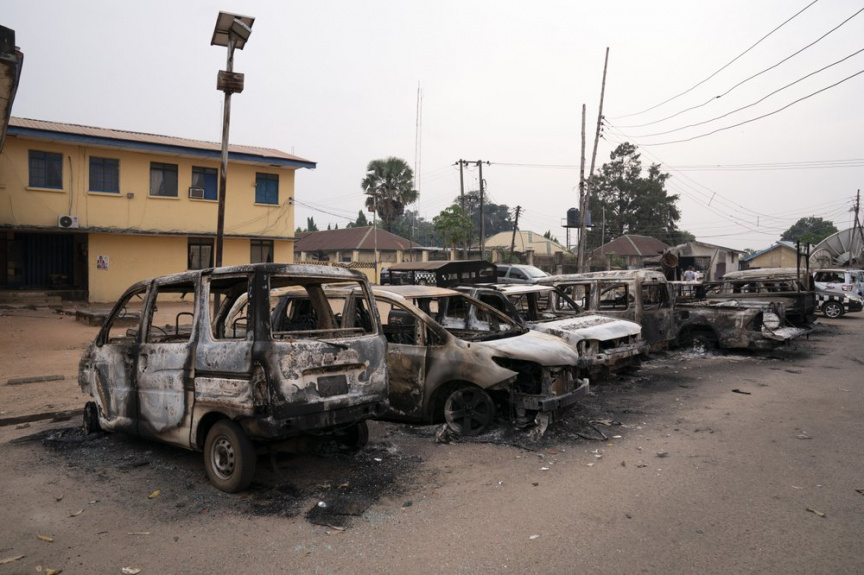 The attacks began around 2 a.m. in the town of Owerri in Imo state and lasted for about two hours, according to local resident Uche Okafor. Gunmen also assaulted various other police and military buildings, authorities said.

“Efforts are in top gear to re-arrest the fleeing detainees,” said Nigeria prison spokesman Francis Enobore, adding that 35 other inmates stayed behind during the prison break.

The coordinated attacks come less than two weeks after another wave of violence in southeastern Nigeria, when at least a dozen security officers were killed during attacks on four police stations, military checkpoints and prison vehicles.

There was no immediate claim of responsibility but the Nigeria inspector general of police blamed a paramilitary wing of a secessionist movement active in the region called the Eastern Security Network. The ESN has said it is fighting for the protection of the Igbo people from foreign armed invaders killing their people.

Police said the militants were heavily armed with machine guns, rocket-propelled grenades and improvised explosive devices during the overnight violence.

“The attempt by the attackers to gain access to the police armory at the headquarters was totally and appropriately resisted,” a police statement said.

More students abducted in Nigeria but are rescued