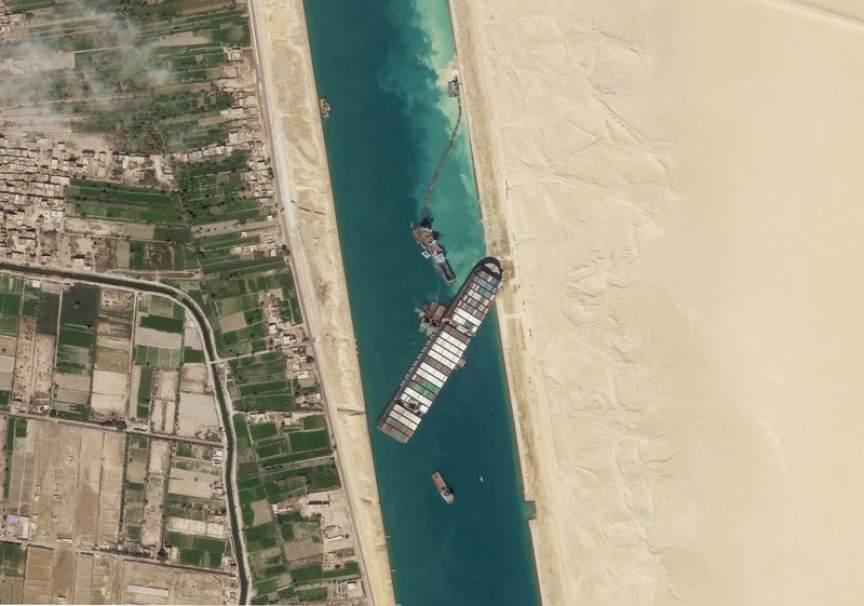 In this March 28, 2021, satellite file image from Planet Labs Inc, the cargo ship MV Ever Given sits stuck in the Suez Canal near Suez, Egypt. (Planet Labs Inc. via AP)

SUEZ, Egypt (AP) — A canal services firm says that salvage teams have “partially refloated” the colossal container ship that remains wedged across the Suez Canal, without providing further details about when the vessel would be set free.

Leth Agencies said early Monday that the modest breakthrough came after intensive efforts to push and pull the ship with 10 tugboats and vacuum up sand with several dredgers at spring tide. The firm said it was awaiting confirmation of the refloating from the Suez Canal Authority.

Satellite data from MarineTraffic.com showed the ship in the same position, surrounded by a squadron of tugboats with its bow stuck in the canal’s eastern bank.

The skyscraper-sized Ever Given became stuck in the Suez Canal last Tuesday and has held up $9 billion in global trade each day, bringing disruption to the vital waterway. Already, hundreds vessels remained trapped in the canal waiting to pass, carrying everything from crude oil to cattle. Over two dozen vessels have opted for the alternative route between Asia and Europe around the Cape of Good Hope, adding some two weeks to journeys and threatening delivery delays.