NASA gives all clear: Earth safe from asteroid for 100 years 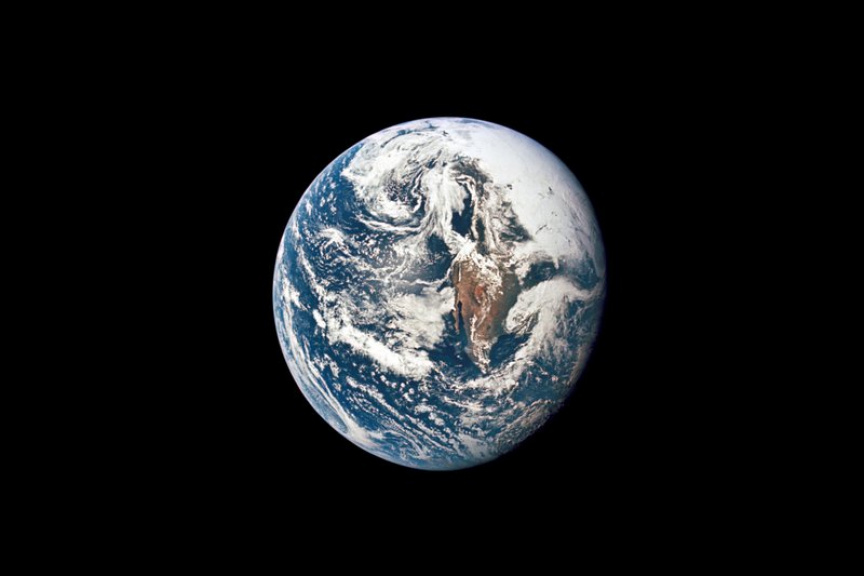 This May 18, 1969 photo made available by NASA shows Earth from 36,000 nautical miles away as photographed from the Apollo 10 spacecraft during its trans-lunar journey toward the moon. (NASA via AP)

CAPE CANAVERAL, Fla. (AP) — Whew, now here’s some good cosmic news: NASA has given Earth the all clear for the next century from a particularly menacing asteroid.

The space agency announced this week that new telescope observations have ruled out any chance of Apophis smacking Earth in 2068.

That’s the same 1,100-foot (340-meter) space rock that was supposed to come frighteningly close in 2029 and again in 2036. NASA ruled out any chance of a strike during those two close approaches a while ago. But a potential 2068 collision still loomed.

“A 2068 impact is not in the realm of possibility anymore, and our calculations don’t show any impact risk for at least the next 100 years,” Davide Farnocchia of NASA’s Center for Near-Earth Object Studies, said in a statement Friday.

Scientists were able to refine Apophis’ orbit around the sun thanks to radar observations earlier this month, when the asteroid passed within 10.6 million miles (17 million kilometers).

“When I started working with asteroids after college, Apophis was the poster child for hazardous asteroids,” Farnocchia said. “There’s a certain sense of satisfaction to see it removed from the risk list.”

NASA moon rocket on track for launch despite lightning

US, China agree to cooperate on climate with urgency