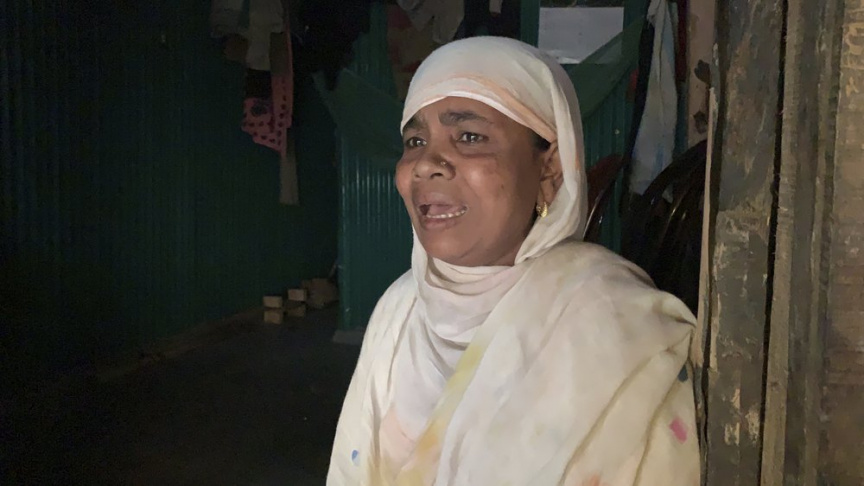 DHAKA, Bangladesh (AP) — The U.N. refugee agency said the Indian coast guard had answered its plea to look for a boat carrying Rohingya refugees believed to be adrift in the Andaman Sea without food and water for several days.

The boat was believed to have left Bangladesh two weeks ago and then broken down at sea, with the U.N. and rights groups reporting many of the about 90 refugees on board now suffering acute dehydration. Their families are worried many may have already died.

The U.N. High Commissioner for Refugees said Wednesday it does not know the boat’s exact current location. The agency on Monday had alerted nearby nations to look for the boat and said it was prepared to offer humanitarian assistance if it was found.

The mother of a 25-year-old man on the boat said she was worried about his fate.

“Oh God, save all of the people that are stuck in the boat including my son with your divine magic. Put them somewhere on the coast of the river. Please fulfill the wishes of my son to go there,” said Nasima Khatun.

“Is my son alive? Has anything happened to him because of hunger? I do not know anything about what my son is doing, how he is surviving. He only took 4 liters of water,” she said.

Chris Lewa, director of the Arakan Project that monitors the Rohingya crisis, said they had heard at least eight people had died on the boat.

Lewa said they boarded the boat on Feb. 11 to reach Southeast Asia but its engine broke down.

She said the Arakan Project has been unable to contact the refugees for several days.

“We had talked to them. But now they are traceless. They have no water or food, they are drinking sea water and dying,” Lewa said by phone.

The U.N. refugee agency appreciated the Indian coast guard’s deployment of their search and rescue team, said Catherine Stubberfield, spokesperson for the UNHCR Regional Bureau for Asia and the Pacific.

“Given that the refugees are still adrift at sea, immediate disembarkation is absolutely critical to meeting their most basic human needs and ensuring that their safety is no longer threatened,” she said in an email.

P.N. Anup, a spokesman for the Indian coast guard, said he had “nothing to say as of now.”

Authorities in Bangladesh said they had no information about any boat that recently carried Rohingya out of Bangladesh’s waters. “We have no idea,” Hafizur Rahman, police chief of Teknaf in Cox’s Bazar district, said Tuesday.

More than 1 million ethnic Rohingya who fled violent persecution in Myanmar are living in crowded refugee camps in Bangladesh. Several attempts to repatriate them have failed because the Rohingya refuse to go, fearing they will be targets of more violence in a country that denies them basic rights including citizenship.