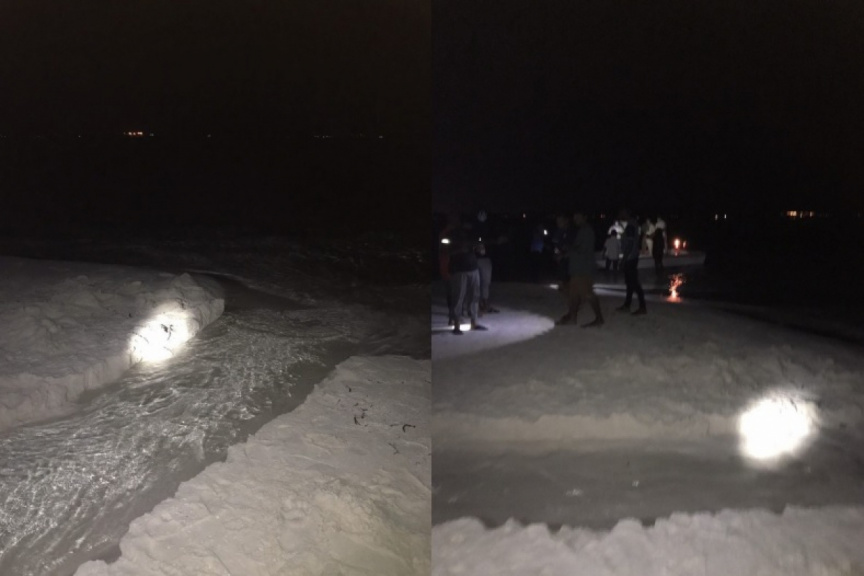 A channel dug by the Gililankanfushi resort on a sandbank near K. Hinmafushi.

The Environmental Protection Agency (EPA) has stated that it is investigating complaints that a resort dug a channel on a sandbank near K. Hinmafushi, which it allegedly had no rights or ownership over.

Employees of Gililankanfushi resort allegedly dug a channel on the sandbank, which was stopped by residents from the island of Hinmafushi last night. The General Manager of the resort was also present at the sandbank when the channel was dug, leading to controversy.

EPA Director General Ibrahim Naeem said that complaints of the incident were received and would be investigated by the agency.

Hinmafushi Council President Shan Ibrahim stated to Sun that the resort, which dug the trench creating a river on the sandbank, did not have ownership over the sandbank. He added that the matter had been lodged with the police as well.

The reason why officials of the resort attempted to dig the channel remains unclear. The resort has not responded to allegations despite attempts by Sun.

Some have alleged that the resort was attempting to erode and destroy the sandbank because residents of Hinmafushi often visited the sandbank. Thulusdhoo MP Ibrahim Naseem also tweeted making similar allegations.

Any geographical changes to bodies of land such as sandbank require the permission of the Environmental Protection Agency (EPA) after an environmental impact assessment. Massive fines are also levied against such violations.