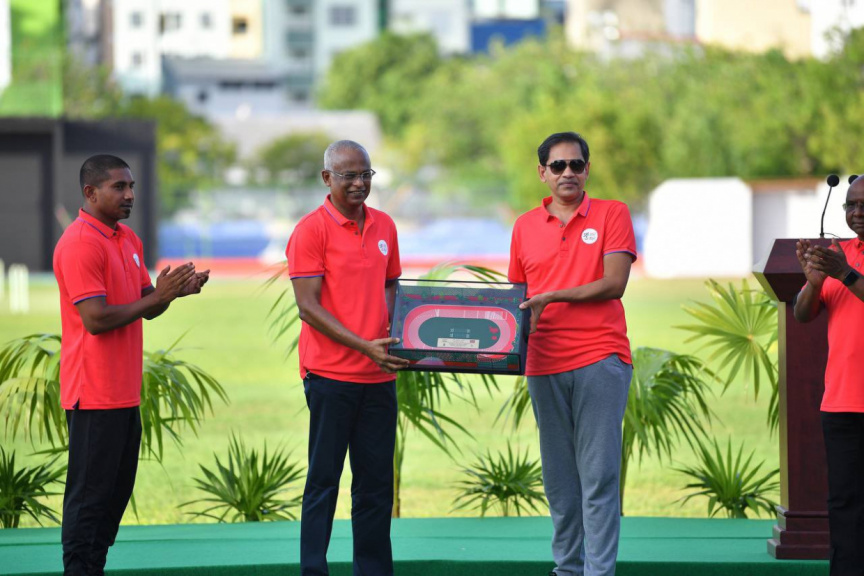 The Ekuveni Running Track developed with the assistance of India has been officially opened.

The project was carried out under the High Impact Community Development projects. The running track is a synthetic one.

The Indian High Commission in the Maldives stated that the projects represented an important part of the relationship between the Maldives and India and are based on the basic needs of the residents in the islands.

The High Commission added that these projects would immensely impact the education, sports, wellbeing, and health of the community as well as the development of children and women’s rights sustainably.

India is providing a USD 13 million to fund these projects.